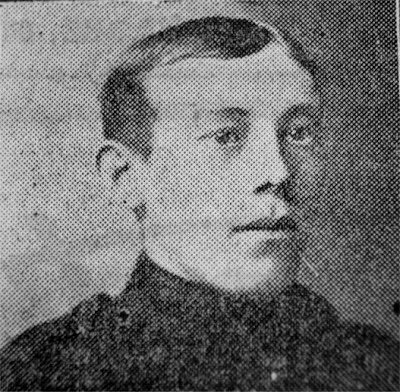 This is a photo of William Otley, Bolton Street, Denaby Main, of the fourth Battalion of the Kings Royal rifles. Previous to the war he had been stationed in India for five years, but set sail for England on 16th October.

He landed here on 16th November, and was subsequently sent to France, after having been allowed about a month in which to become acclimatised. He helped to occupy the trenches in the neighbourhood of Ypres, and lost most of his friends in the firing line. Unfortunately, the climate was too much for him. He had the misfortune to get both feet badly frostbitten, and he was ordered home.

After two months sojurn at Ten Ham Hall in Suffolk, which has been converted into a temporary hospital, and where it was found necessary to amputate the centre toe of his right foot.

Otley has at last arrived back at Denaby, and hopes soon to be in a condition to resume his duties.