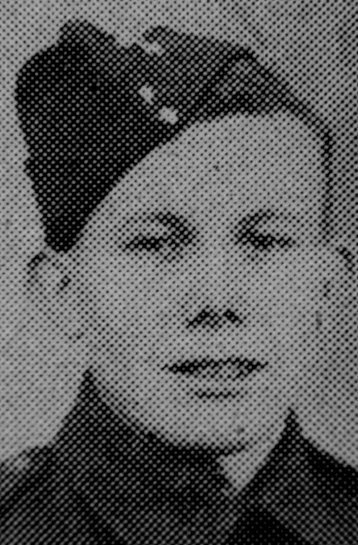 Mrs. Edith Parkin, of 6, Dearne Street, on Friday received a postcard from Stalag, Germany, from her only son, Private John W. Parkin (21), of the Manchester Regiment, informing her that he was a prisoner of war.

Pte Parkin, who formerly was employed for 3 Â½ years at Conisborough Brickworks, was reported missing some weeks ago.

The card, signed by Pte. Parkin was printed in German, but Mrs. Parkin had it translated with all possible speed.

She told our representative this week that she had never suffered from “that downhearted feeling” when news came through that he was missing, but that “she had always felt that he was well”.