General and interior views of the pit-head baths at Cadeby Colliery, which are to be opened to-morrow morning by Mrs. Leslie, wife of Major J. Leslie, managing director of the Collieries, the ceremony starting at 11-30. Lunch in the Large Hall, Denaby, will follow.

The interiors show, on the left, the cubicles, with the long corridor leading from the lockers in which are left the dirty clothes, at one end, and into the department containing the lockers for clean clothes at the other; and, on the right, one of the corridors from which open 1510 of these lockers. 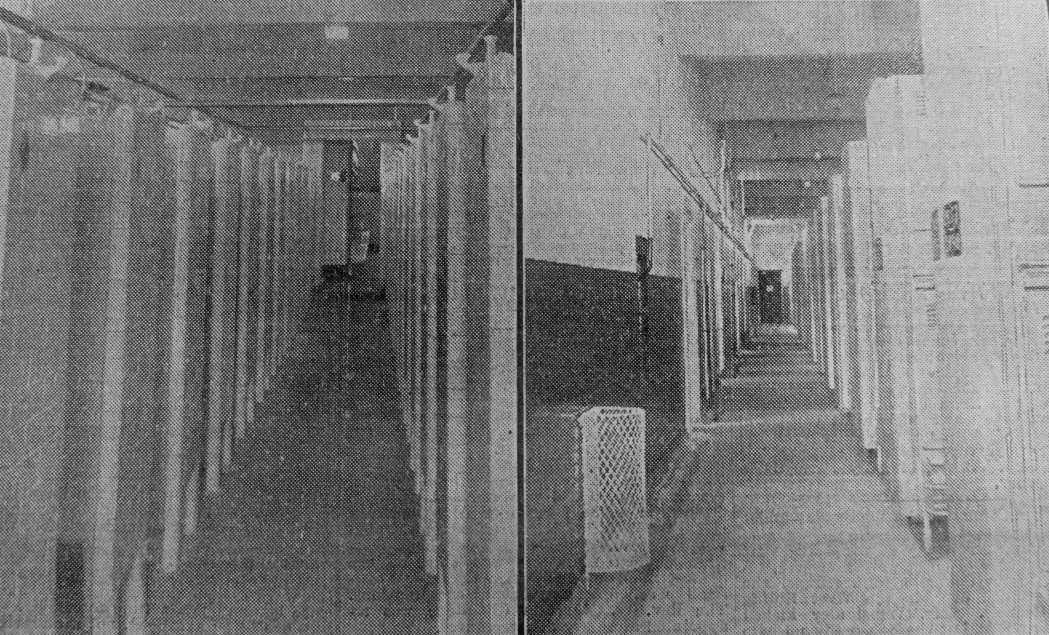 T Jenkinson and Sons, of Doncaster, were the contractors, and the bricks are from the Conisboro’ brickyards of Yorkshire Amalgamated Products, Ltd. Mr. F. Foreshaw, the chief architect to the Central Miners’ Welfare Fund Committee, has designed the building, with. Mr. C. Kemp, architect to the Area Committee.

All the latest devices and conveniences are included, among them boot greasing and cleaning machines, drinking fountains, bottle fillers, and ambulance room. The total cost of the baths is £35,000.