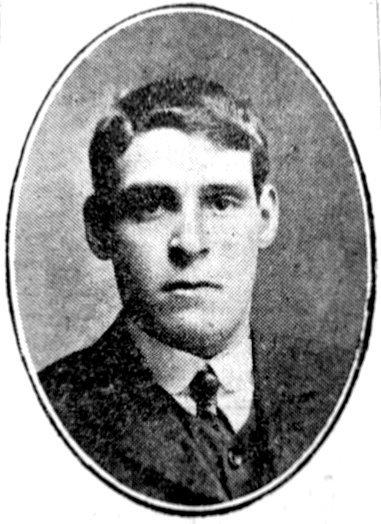 Henry Fitton, the Denaby player, who played almost through Saturday’s game with a broken arm

Not until after the game between Rotherham Town and Denaby was overdid the astonishing fact that Harry Fitton, the home inside left, at practically played through the game with a broken heart.

The early stages of the game Fitton was thrown heavily on his left arm, and the boneless the snap just above the wrist. He kept on playing, though he felt a sharp pain, and every time the injured arm was touched he had a spell of agony.

At half-time he complained of the pain, and the wrist was bandaged by the trainer, Charlie Bisby, who was, of course, ignorant of the full extent of the injury.

So Fitton continued playing, and though he was not very effective, we had no indication that anything was amiss. The pain, however, increased and Doctor McArthur had to be consulted after the match. He found that the arm had been fractured, and Fitton will be unfortunately on the injured list for some weeks.

“I didn’t know,” he said to me, “what to do. I didn’t like to go off when we are playing such a team as Rotherham Town; and besides, I was fighting for my place in the team. So I stuck to it.”

This is a very remarkable instance of dogged pluck. I do not think he need fear for his place in the team. After Jones, he is the best goal-scoring forward in the team. He has already bagged off a dozen, and did the aptly in the cup tie against Allerton.

He is a native of Kilnhurst, but has played all his football with Conisbrough St Peter’s and Conisbrough Swifts. In the first half of last season he scored 36 goals for the Swifts. Then he was transferred to Denaby, did very well for them, and was lent back to the “Swifts in order to win the Montagu cup for them. He was successfully objected to however, and the Swifts lost. He is a good shot, and Denaby are unlucky to lose his services for the next 2 cup ties