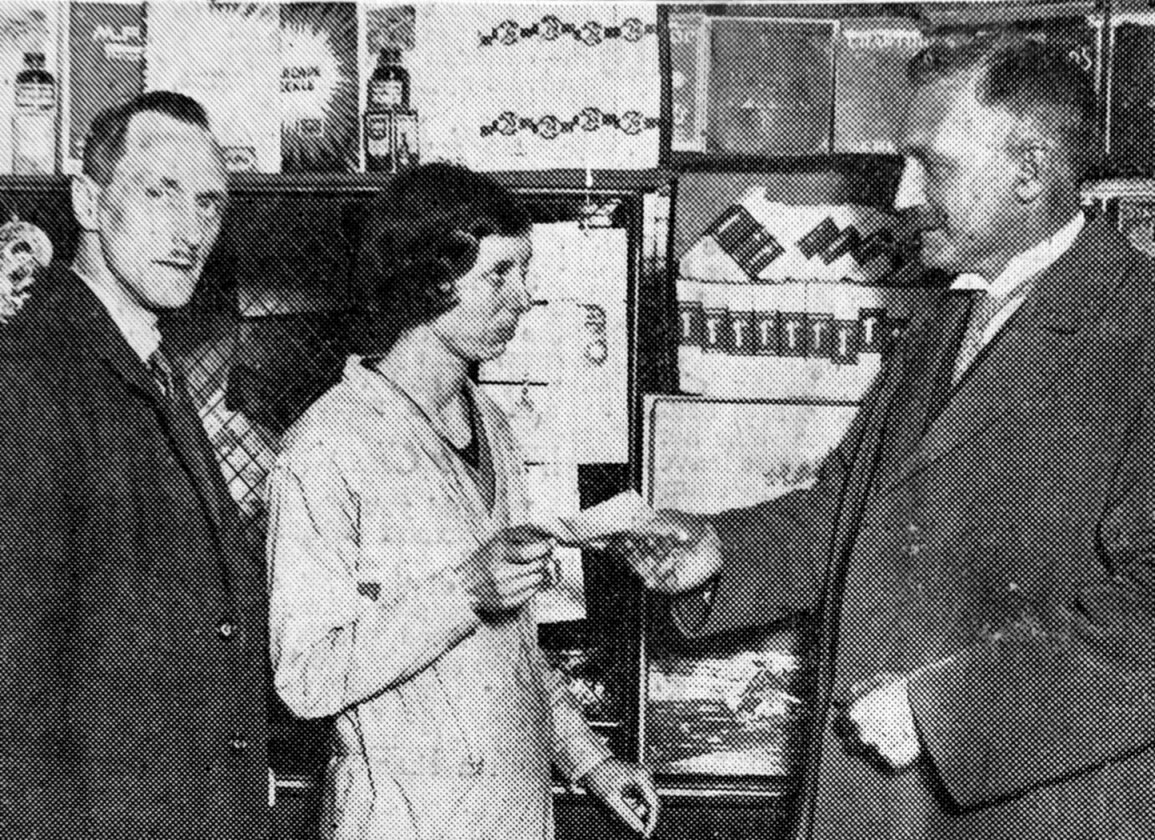 Mr W.H.Trnder, the Rotherham Postmaster, handing a cheque for £15 to Miss Olive West, assistant at the new Conisbrough Post Office.