Pole and Son Reunited at Conisbrough

Conisbrough garage proprietor, Mr. Stanley Sciblo, of The Priory, Conisbrough has this week written to the Home Office requesting that his son Zbigniew (Ben), with whom he was dramatically reunited two weeks ago, be allowed to stay in the country.

Father and son met at Liverpool Street Station London, where Ben, who has been granted a month’s holiday by the Polish authorities, arrived after his sea and rail journey. Mr. Sciblo had not seen him since he had to leave Ben, then a baby, and his wife because of the war. His wife divorced him in his absence, and has since married again. Ben has been living with his uncle, an architect in Poland.

Through the Red Cross. Ben traced his father and telephoned him from Poland last May. “When he came through I was speechless,” Mr. Sciblo told a “South Yorkshire Times” reporter. “I did not know he was still alive. We could get no information about him”.

Ben was finally given, permission to spend two months in England but the condition was that Mr. Sciblo purchased for him a return ticket.

Mr. Sciblo said he left Poland at short notice during the war- when he was an employee of a Polish Government aircraft factory, he had to help evacuate aircraft to Romania.

“I had to leave my wife and baby behind” he said.

He was a qualified pilot and built and flew his own aircraft, but this was destroyed during an enemy air attack.

Eight years ago, he married Mrs. A. Sanders. who was formerly Regional Officer for the South Yorkshire area of County Libraries. Mrs. Sanders, whose first husband an airman, was killed in a motoring accident during the last war, has a son, Dale (20), who is at present in his second year at London University where he is studying for a degree in geology. Dale accompanied Mr. Sciblo to London when Ben arrived.

Ben is one of the most interesting personalities to visit South Yorkshire for some time. Although he can speak very little English, he is learning rapidly, and has no difficulty with English motoring regulations. He holds an international driving licence, and is at present driving a standard British car. His  main interest is motorcycling, and he holds several diplomas for speedway riding. If he is granted permission to remain in England, he holds to join a motorcycle club. 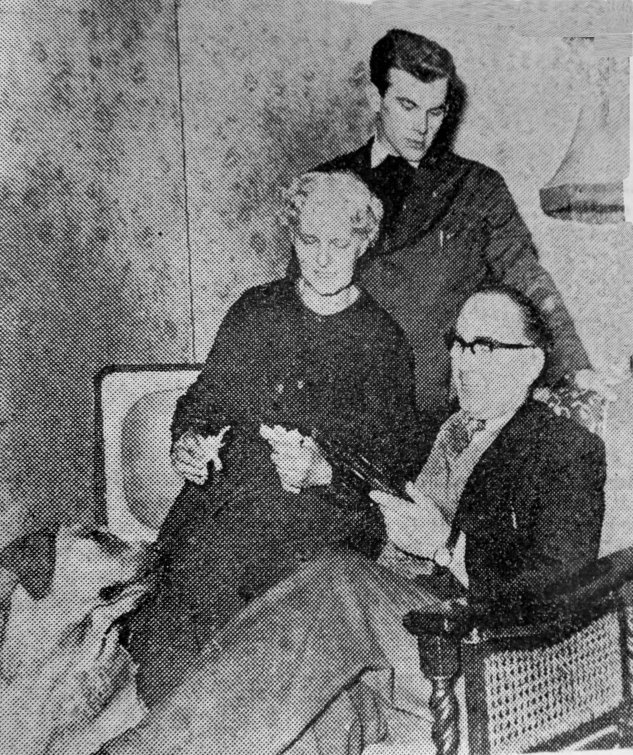