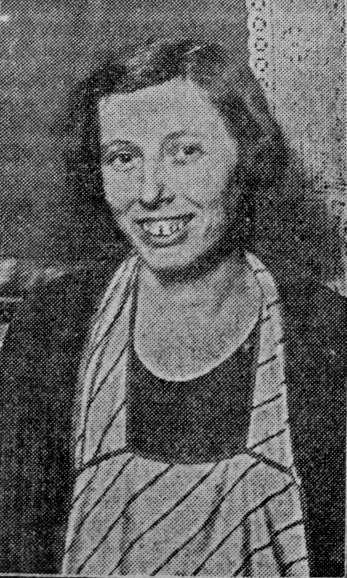 A girl clerk in new Conisborough Post Office was complemented by the Doncaster county magistrates on Friday, when Harry Rodgers (19), 21 Fitzwilliam Avenue Conisborough, was charged with having in his possession an offensive weapon, with assaulting the cleric and with an attempt to steal money from the Force Office. He was committed for trial at Leeds Assizes.

Mr C.R.Marshall (prosecuting) said the alleged “hold up” occurred on February 5. The clerk Miss Florence Olive West, (29), 33 Clifton Street Denaby, was behind the counter of the new Conisborough Post Office when Rodgers entered and has the time. She told him it was 2.15 and he then closed the shop door and went back to the counter. She noticed Rodgers was feeling in his overcoat pocket, and so bring out what appeared to be a pistol. He pointed at her and said: “Hand over the money. That is all I want.”

Plucky Girl
Mr Marshall continue: “She was not so easily frightened as he expected. She acted in a highly commendable manner, and said “Don’t be silly.” Rodgers advanced to the counter, lifted a flap, and attempt to get round to the back. She shouted for assistance and closed with him. All the time Rodgers was holding the pistol in his hand. He sent reeling across the shop, pulled open the cash drawer, and got hold of a tin box in which currency notes are kept. Miss West screamed for assistance, and got hold of Rodgers. She was still holding him when a woman named Kavanagh came rushing into the shop, followed by a man named Donoghue, who found Miss West in a distressed and exhausted condition.

Roger said: “I came here after some money and meant to get it. They have stop my doll and I have no other source of income. I have tried to get an honest living and find I cannot. I have tried this means.” Rodgers added that had Miss West been a male assistant he would have knocked him out. Two police officers then arrived and Rodgers set to them: “I am the man you want. I am ready for going. I will make a clean breast of it.”
In his right overcoat pocket was found a small single barrelled pistol. “It was not loaded,” said Mr Marshall, “and it is questionable whether it was of any use our not. That is a matter of opinion.”
“Upset and depressed”
Mr Marshall continued that Rodgers wrote out a voluntary statement in which he said: “I went to the New Conisborough Post Office, been upset and depressed. My sense of values being chaotic. I went into said premises to pinch the money in the post office draw. I asked the time. She said it was 1.45. I said “hand over the money.” I went round the counter and opened the drawer and attempted to take a tin box in the drawer. There was money in it. She resisted my attempt and cried out for help, whereupon help arrived, the outcome of which I find myself in the charge of the West Riding police at Conisborough police station. I had, at the time, a revolver in my possession with which to intimidate people. I am heartily sorry for all I have done and it on the spur of the moment, having in no way pre-conceived the idea. Had I been employed, no such deed or idea would have been thought of.”
Miss West bought out Mr Marshall statement and said she had since learnt that the drawer contained £24, £22 of which was in notes.

The chairman (Mr W Anderson) turned to Miss West so she was leaving the witness box and said: “I should like to compliment you on the great plug shown. If it had been a mouse you would have got out very quickly no doubt.” (Laughter)

“Everything is Against Me”
Rodgers, asked if you wish to question Miss West said: “No, everything is against me.” He denied sticking the pistol into Miss West’s side.

Mrs Minnie Kavanagh, Scrimshaw’s buildings, Denaby, a house behind the post office, told how she heard Miss West screaming for help. Witness Russell the shop, so are struggling Rodgers, and called for the man Donoghue.

Sylvester Donoghue, 13, Strafford Terrace, Denaby, said his attention was caught by seeing Mrs Kavanagh rush into the shop. He asked Rodgers “what his game was” and Rodgers replied that he had come for some money and intended getting some. He added that his dole had been stopped. Witness suggested that it was a foolish way of attempting to get money and Rodgers replied that he had tried hard, had a good character, and although he had tried “the proper mode of living” he had derived no benefit from it. He was therefore inclined to use the other method. “It was during the time we were waiting for the police arrive,” said Donoghue, “that Rodgers said to Miss West, had you been and I should not have bothered so much. I should have let you have one.”
Rodgers said he did not wish to say anything other than a statement, nor did you wish to call witnesses. He pleaded “guilty” and was committed for trial.