Posting will take them to Australia for two years 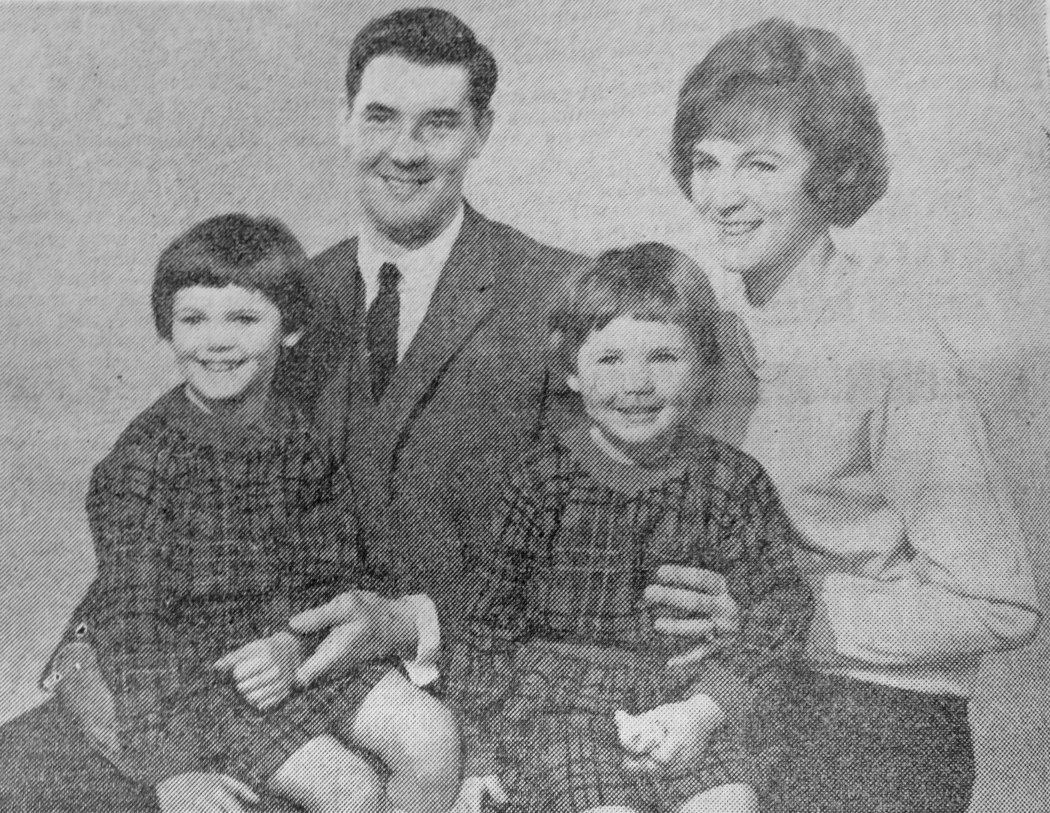 Lieutenant Instructor James Geoffrey Moss, eldest son of Mrs. C. Ince, of 43 Minneymoor Lane, Conisbrough, with his wife, Janet, and daughters Helen and Joe leaving for a two year post in Australia on an exchange basis arranged in conjunction with the Royal Australian Navy.

Born in Conisbrough, Lieutenant Moss attended Mexborough School from 1949 to 1956. He represented the school’s first team at cricket, athletics and football, and he also played for Yorkshire under 15’s. He was Victor Ludorum in his last two years at school and his long jump record is still unbeaten after 12 years.

Success in the academic field enabled Lieut. Moss to enter Imperial College, London, where he gained a B.Sc. degree and later he spent a year at Oxford for a Diploma of Education.

His first teaching post was at Ashford, Kent. He spent a further two years at the King George 6th Grammar School, Kings Lynn, and later went into the Royal Navy as a Lieut.-Instructor.

For two years at H.M.S. Collingwood, based at Fareham, near Portsmouth, he taught mathematics, electronics and radar and on completion of a navigational course in H.M.S. Dryad, he was posted to the destroyer Daring, part of the Far East Fleet. This posting lasted 14 months.

He expects to fly to Australia In August with his wife Janet, whom he married eight year ago at Mexborough Parish Church and his two daughters.