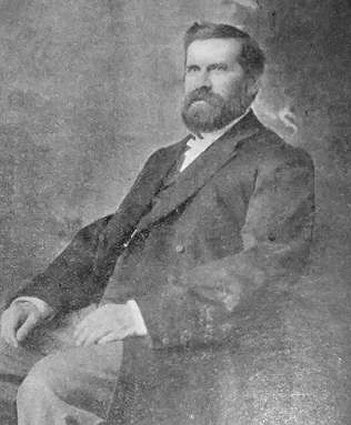 The Rev. John Gair is the only resident Nonconformist minister in Mexborough, and he is making his presence felt. That he is a popular pastor is shewn by the large congregations of Primitive Methodists on the Sunday, and by the well-attended week-night service; and that “outsiders ” are interested in him is manifest by the number who are recognized at the religions proceedings —it is to be hoped they wil soon become insiders” by joining the church and assisting in the evangelistic work.

I do not think the Spiritualists have taken to the rev. gentleman unkindly by any means Mr.Gair is a Spiritualist- -that is he believes in the Holy Spirit, “the third person in the blessed Trinity,” as the church prayer book expresses and that he does not merely believe in seeing it in black and white, and in the giving of viva voce repression to it, but that he is a most gem believer in the manifestation of it was unmistakable to all who heard him in the chapel on Monday night- even to my friend, Mr. Adshead.

The rev. gentleman le already well-known at Denaby Main. Some persons might merely walk to the small room in the cottage where services are ordinarily held and be recognised by none outside the small band of worshippers there. But Mr. Gair was “made in a different mould “—if such en expression may be made. Entering the mining village for the first time last Sunday afternoon and seeing men and women in the open air aimlessly lolling about he, as a true born Primitive Methodist—like a worthy “apostolic successor “—boldly took up his stand in the heart of the village.

He did what I think none of his predecessors in office have done -he occupied the ‘central position at “The Gambler’s Corner!” One man wanted to make a bet with him Mr. Gair was equal to the occasion. He smartly told the speculator “he had no wish to win his money ” This provoked the laughter against the proposer, and proved to the gaping crowd that the “new parson” was a ” proper man.”

Another man wss indulging in extremely un-Parliamentary language—in fact such for which the magistrates would have been justified in imposing a penalty of 20s. and costs—and the rev. gentleman calmly reminded him “of his grey hairs ” and that little folk were about who ears should not be thus vilely shocked.

What the result of it all ? That in a short time the men who had gone to the corner of the public house to gamble and swear were joining in the services and helping in the singing of some such hymn as “Jesus lover of my soul!”

I venture to say these men will feel very grateful to the Rev. John Galt, and doubtless the Primitive cause at Denaby Main will receive such an impetus that it will be needful to speedily erect a suitable sanctuary in addition to that being raised by the Wesleyans.