‘”l have got  a little pig
And it’s got three young ones.” 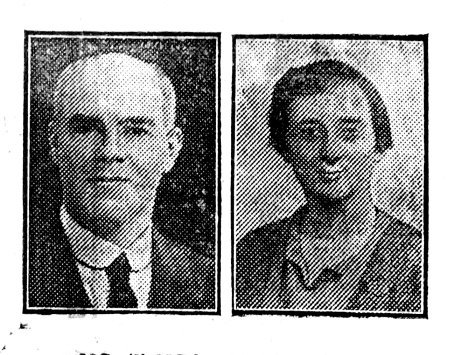 That, repeated scores times to a variety of tunes, is the Swahili idea of a song, we were informed by Mr. J. H. Brocklesby, of Holywell House, Conisboro’, who is home on leave after spending 18 months in mission work on the island of Penilia, British East Africa.

“I came home for the purpose of getting married,” said Mr. Brocklesby, “and I am hoping to return to Pemba next month with my wife.”

Mr. Brocklesby was married on Dec 8th to Miss Ethel Blackman, of East Meon, near Petersfield. The wedding took place at the headquarters of the Society of Friends, for whom Mr. Brocklesby is working.

Mrs. Brocklesby, who is a qualified nurse, is also keenly interested in mission work. She was trained in London, and had ten years’ experience as a nurse in Westminster, Lambeth, Plaistow, and East Loudon.For a period of 18 months she was in Sierra Leone as a medical missionary under the Wesleyan Missionary Society.