Real “Civil Servant”
Railwayman Who Did Not Wait For Nationalisation

A man who was “killed” by the Germans during the 1914 – 18 world War, came back from the dead after two and half years in captivity and live to retire in April 20 after 46 years on the railway.

He is Mr Arthur E Sharman, one, Old Mill Road, Conisbrough, who, to mark Israeli service, was presented at the Fox Inn on Wednesday with a radio set by the staff of Conisbrough station, train of Conisbrough and district and friends.

Mr Sharman was captured while saving in the Army during the Great War and word was sent home to Conisbrough that he had been killed.

Mr Sharman told the gathering on Wednesday that he was almost overwhelmed with surprise at the presentation and wish to thank everyone who contributed. “In all the years I’ve been down here I have tried to oblige the public as well as the station staff,” he said.

“I do not think I have made any enemies they have made many friends.”

“When nationalisation came along,” Mr Sharman continue, “someone asked me how I like being a civil servant. I said, Mr, I’ve tried to be one for the past 46 years.

Mrs Sharman was presented with a bouquet by Mr J Dutchman. Mrs Sharman, who herself worked at the station as a goods and passenger Clerk for nine years during and after the 1914 18 war and again four years during the recent war, said that she was sorry that she had to leave them as soon as she did. She had often wished that she could return.

Mr Douglas Hancock, speaking on behalf of the traders, said that he had known Mr Sharman for 20 years. He was a good fellow in business and he had always found him very obliging

Mr Sharman started his career on the Railway as an engine boy in the district superintendent’s office at Doncaster. He was then 14 years old. After three years there he moved to Conisbrough where during his 43 year stay there he rose to the position of chief goods clerk. 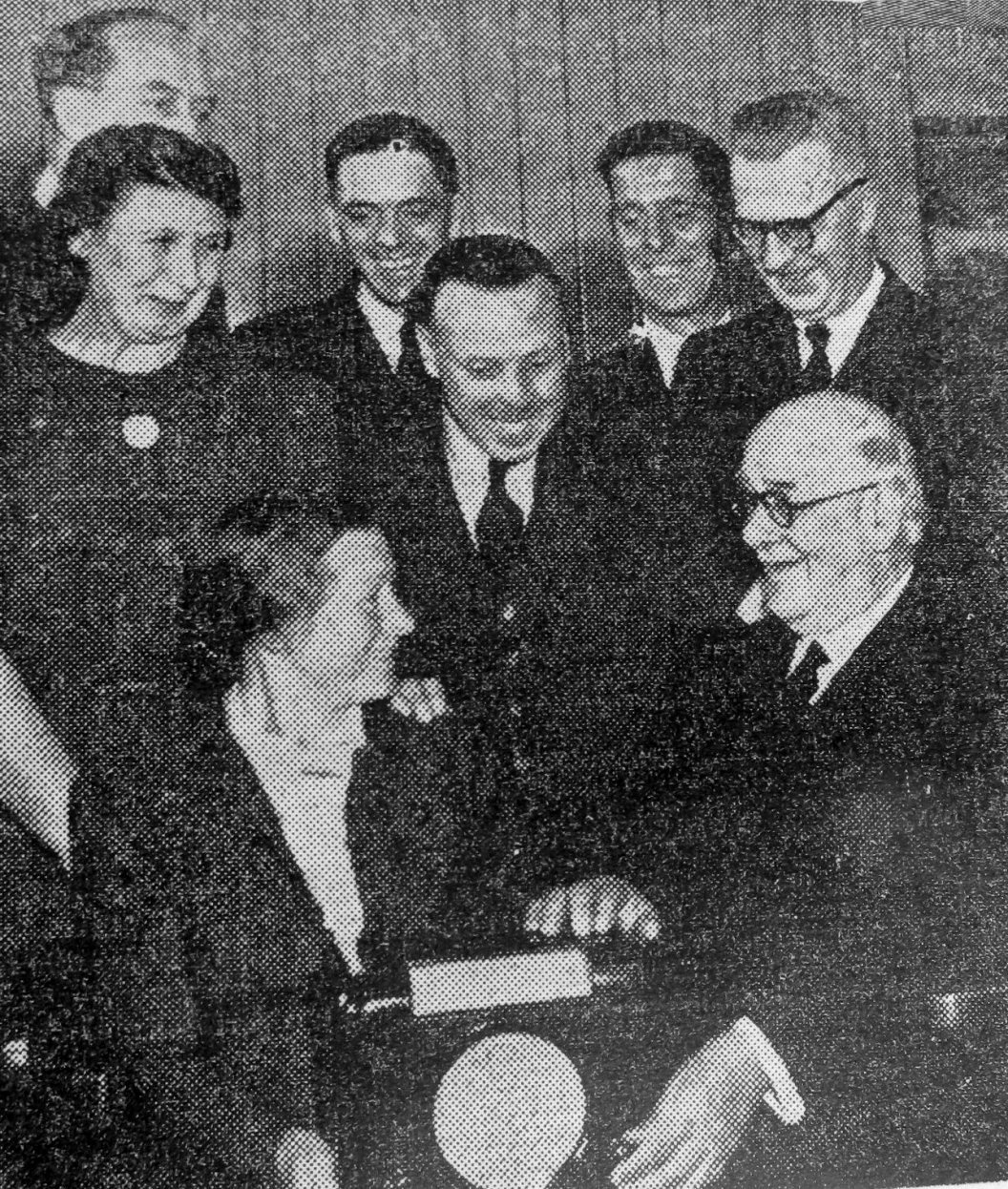