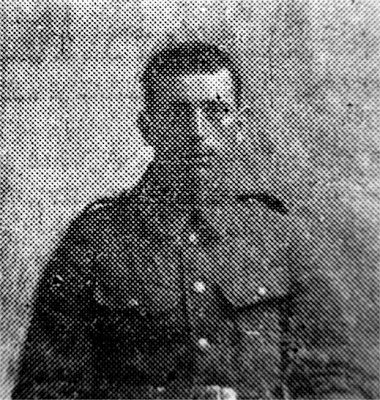 Private A Raynor, aged 20, whose home is at 4, Tickhill Street, Denaby main, is at present an inmate of the Graylingwell War Hospital, Chichester, suffering from a wounded hand.

Writing home, he tells a thrilling story of how his life was saved by an officer, was afterwards killed by a shell.

He describes how the Germans set their trenches on fire, and how they recover the trenches by a brilliant charge.

Subsequently, they were ordered to make another charge, and the Germans were getting shot down all over the place.

“Just when we were a short distance away,” he writes, “the officer told us to get down while he bombed the trench. Just as he got up, the Germansknocked his rifle out of his hand buthe kept going on.”

As they got on the parapet a Prussian guard was just going to shoot him when he got hold of the rifle. The Prussian pulled the trigger, and the bullet went through his finger, which was torn open.

Just as it happened, his officer. killed the Prussian with his revolver, and then he dressed his wound and told him to get back to the dressing station.

Justas heleft the officer a shell burst and killed him outright. It was a good job for him, but jolly bad luck for the brave officer.