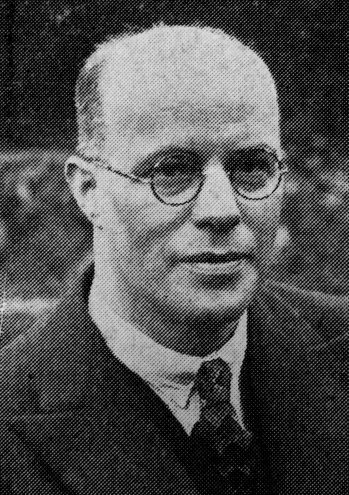 Conisborough Urban District Council will shortly have a change of officials. At the weekend Mr George Brocklesby, a member of well-known Conisborough family and for the past 10 years chief financial officer to the council, handed in his resignation upon having secured an important accountancy appointment in the Doncaster district, and on Tuesday evening the council in committee decided to accept the resignation with sincere regret, and promoted Mr R. W. Birch, assistant chief financial officer, to be Mr Brocklesby’s successor.

During the meeting appreciative references were made to Mr Brocklesby’s services to the authority.

Mr Brocklesby, whose father, the late Mr John Brocklesby, took a leading part in Conisborough’s official life, is also resigning his other local government positions, including the Clerkship to the old Denaby Parish Council, held since 1935, and the clerkships to the Edlington and Wandsworth parish councils, held since 1913. He takes up his new duties on July 1st

For more than 20 years Mr Brocklesby has rendered valuable service to the residents of the Conisborough area, and at Conisbrough itself the period of his office as chief financial officer has seen a substantial improvement in the financial position of the council, which will now bear favourable comparison with almost any Council of its type and size.

Numerous changes have been affected in the internal organisation of the finance department, a feature of the work being the helpful and easy to grasp presentation of the accounts and Estimates to the council.

Mr Brocklesby was also a prominent figure in the recent application by the Conisborough Council and the Edlington Parish Council for the merger of Edlington into the Conisborough urban district. This application was heard at Wakefield on the West Riding County reviews of districts enquiry, and much heavy work in the preparation of the original scheme fell and Mr Brocklesby’s shoulders