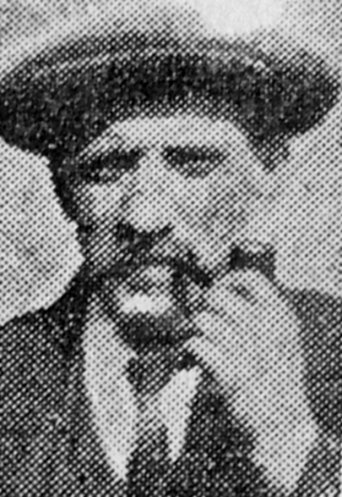 A man very well known and esteemed in Conisborough is Mr. Ethelbert E. Mee, who has just retired at the age limit from the post of foreman erector at the Cadeby Main Colliery. Mr. Mee has seen vast changes during the 41 years he has been in Conisborough.

When he came to Cadeby there were green fields where now is an extensive pit hill. Born at Ipswich, his served his time with Ransome, Sims and Jefferies as a boilermaker and then went to Ransome and Rapier, where he was employed on the Manchester Ship Canal putting up sluice gates in 1888.

From there he went to Hornsby’s at Grantham and to the Yorkshire Engine Company at Sheffield. He was also with the Grantham Crank and Iron Company before he came to Mexborough Plant in 1890.

He was there only for a short time before he came to Cadeby in 1891, where he found four walls of an engine-house and four walls of a shop. There were no chimneys and there was only the email wooden headgear used for sinking. Mr. Vincent Rose was directing operations and Mr. T. Batty was the enginewright.

Mr. Mee soon got bury and made the principals for the roofs of shops and engine-house. He made the No. 1 pit headgear and erected it in 1893. In 1901 he made and helped in the erection of No. 2 headgear. Mr. B. Williamson was the engineer and Mr. J. Wallace the assistant engineer. After No. 1 headgear was made, the pit hill took shape and then Mr. Mee put up the ironwork for the coke ovens, since demolished. He set the first 18 boilers. He continued adding to No. 2 pit hill and fixed the first lot of screens that ever came to Cadeby. No. 1 shaft was 150 yards deep when Mr. Mee came; now there are two shafts, 758 yards deep.

Cadeby hillside was then a green slope with a dyke along the foot of it, and Mr. Mee has recollections of times when they had to wade through flood waters to reclaim timbers washed away.

He is a prominent man in club life and has held executive positions for many years which make him well known over a large area. Mr. Mee is a great clubman. He has been trustee of the Castle Club for 6 years and for 13 years has been a member of the mat the of the Doncaster branch of the Club Union. Sixteen years ago he was elected president of the Conisborough Co-operative Society and still holds the position. He has been secretary of the Cadeby Death Fund for 16 years and was on the Home Coal Carting Committee.