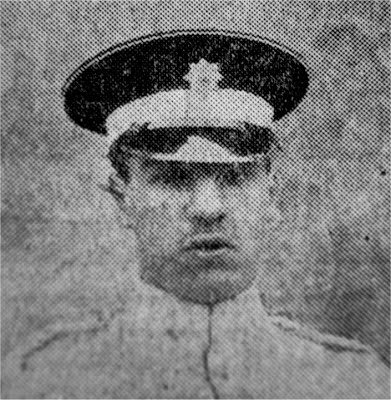 News has been received by his parents at Edlington of the death of Private John William Ridge, the second battalion Coldstream Guards, from wounds received in action at Givenchy, on 26 March.

Private Ridge has died in Berlin, a prisoner of war. He enlisted on 10 March last year, and went out with the expeditionary force on 12 August. None of his relatives had seen him from the time of his enlistment.

He was born at old Denaby 22 years ago, and was well known, both in Denaby Main and Mexborough. He was a member of the Mexborough Parish Church football team and was also a particularly good billiard player. Prior to enlistment he worked at the Denaby Main Colliery.