Collieries in South Yorkshire are so numerous that the fatal accidents which occur so frequently excite but little comment. A miner’s life is made of risks, grave risks, which if disregarded, , notwithstanding all the care and attention developed to the perfecting of the underground system of coal getting, accidents happen frequently, unfortunately involving injury and loss of life.

The uncertainty of the miner’s life was fully exemplified on Friday last, when an accident similar to the majority which occur with such startling frequency, took place at the Denaby Main mine, and resulted in the death of one of the best-known men amongst footballing circles in this district. The contractors named Solomon Watts, of Solomon Herbert Street, Mexborough, William Henry Ellis, of Conisborough, and committee will pair, another well-known footballer, where working in the drift district building a pack. 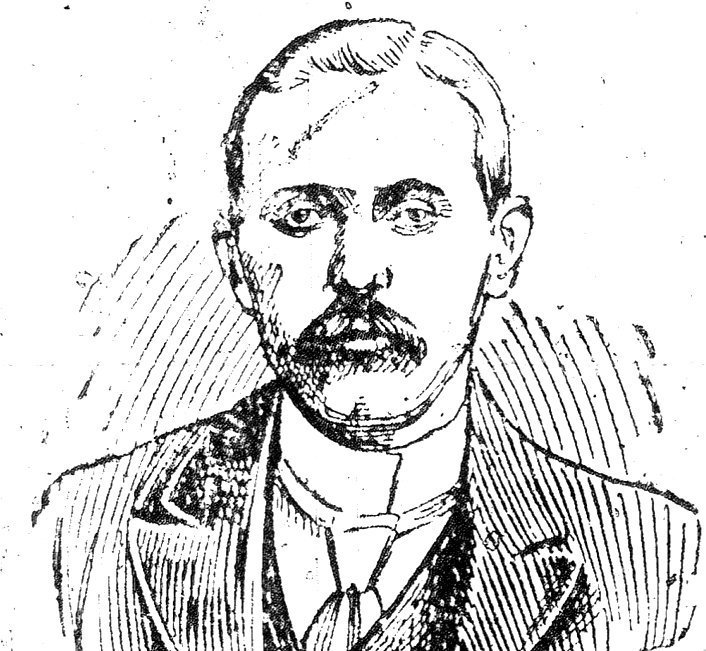 When without any warning whatsoever, a heavy fall of roof occurred, burying Watts and Ellis. The latter who was caught by the legs, and immediately protected by some timber which was erected, when two further falls occurred. Three hours later the dead body of Watts was recovered, whilst Ellis had a marvellous escape, being extricated from his perilous position two hours after the fall, little the worse for his experience.

Deceased man was exceedingly well known in the district as quite and steady fellow. He was a playing member of the Denaby United football club, and upon several occasions last season played with the Midland league team. This season he has played with the Reserve 11, and in fact was picked to play against Rotherham Town reserves at Denaby last Saturday. The news of his death created a profound impression throughout the district, for he was very popular and highly respected.

The inquest was held at the Montagu Arms Hotel on Monday, by Mr. D. Wightman, the district coroner. There were present Mr. Mellors (Asst Inspector of mines), and Mr. C. Bury (manager of the Denaby colliery). Mr. John Bullock was foreman of the jury.

John Edward Watts, brother of the deceased, gave evidence of identification. The deceased was 25 years of age last March, and had been a miner about seven years, having been employed at the Denaby colliery that length of time. He was a healthy man, and both his hearing and eyesight were good. He was an athlete, and was to have played in a football match at Denaby the previous Saturday. He was insured.

Timothy Roper, a contractor, said the deceased was the leading man of the set of contractors and datallers, who were working together. On Friday, the date in question, they saw the deputy at the pit bottom, about 7 o’clock, and he gave them instructions to shift the dirt in number 55. It consisted of a fall which had taken place the two days before. They had been at work about two hours, and had nearly completed the “pack” when a fall of roof occurred without giving any warning whatsoever. It completely buried Watts and buried Ellis by the legs. They managed to get Ellis out about two hours afterwards, and he did not think he was very seriously injured. They had to put some timber above him to save him, or he would have been killed by a second fall which occurred. Watts was a live a quarter of an hour after the second fall, because he shouted to him and he replied: “hello.” After they had extricated Ellis another fall took place, which also fell on Watts. They recovered Watt’s body around 12 o’clock. Before they commenced working they sounded the roof, and it seemed all right. There was, in his opinion, sufficient timber set, but the roof fell over it. The deputy, William Wright, came about a quarter of an hour after the fall had occurred. He had not examined the place before that morning. He expected the night deputy had visited the place.

Mellors: how long have you worked in a pit? – Witness: 18 years.

And so you ought to know whether a place is safe or not? – Yes, sir, I should think so. Had you any fear that anything would happen whilst you were working under this particular portion? – No, sir

If the place was on the “weight” you would have been able to hear it? – Yes, sir.

Was anybody driving timber close by? – No. Sir

You were working in place the day before? – Yes. Sir.

In answer to the coroner, the witness said he had just jumped back out of the way when the fall came, or else he would have been caught with it. He had worked at Denaby 18 years. If the falls had occurred after an hour later they would have escaped. Because they could have finished their work in about 20 minutes.

The coroner: That will do, Roper, stand in the other room. I am very glad you escaped.

William Wright, the day deputy, said he sent the men to work at that place, which he had examined the day before. It was then to all appearances perfectly safe, and the night deputy reported it safe at 6 o’clock the next morning (Friday). He (witness) arrived at the scene of the accident about a quarter of an hour after the fall.

The coroner: How do you account for the fall – it has come from a “weight,” in my opinion.

Do you say one or two weights? – One.

Continuing, the witness said it was quite possible that the falls may have occurred without any warning whatever. There was sufficient timber set.

The inspector, in answer to the coroner, said he quite considered with the evidence which had been given.

Wright: Much more than that, the fall extended for 15 yards. Hundreds of tons fell.

A jury man: There is no room to get out of the way when a fall like that occurs.

The jury returned a verdict that the was “accidentally killed.”

In a heavy downpour of rain, the funeral cortege left the deceased residence in Herbert Street for their cemetery, where the Reveren Abel Turner officiated in the Chapel and at the graveside, assisted by the Reverent H.L. Stockdale. In Herbert Street and along the route to the cemetery a large number of sympathising friends gathered to pay their last respects to the dead. The procession, which was of great length, and headed by a dray containing floral emblems of sympathy. The Denaby football club players followed, succeeded by the committee, which included Mr. W. Wright, chairman, Mr. Dick Dunn, and Mr. T.Peters, secretary; Mr. S. Allerton (Kilnhurst) represented the South Yorkshire league.

“With deepest sympathy,” from Mr. And Mrs. Joseph that where, West Bromwich.

The widow and family take this opportunity of thanking the many friends for the kindness and sympathy shown to them in their sad bereavement.