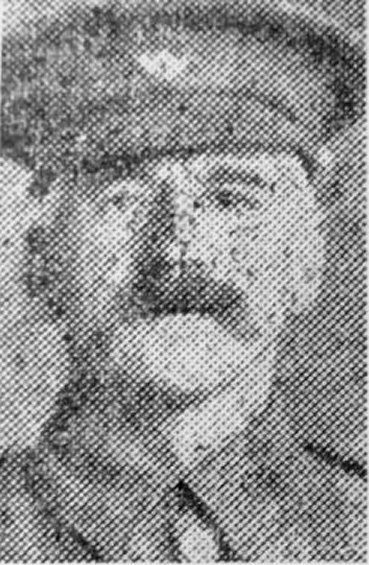 He was 46 years of age, and had served in the South African and the European war. He fought in South Africa with the K.O.Y.L.I.and enlisted for the present both the same Regiment.

He was discharged, but re-enlisted in the R.F.A. and going to France, was wounded in the leg, then severely gassed, being finally discharge about 12 months ago.

Two of his sons have served.

Oswald Scott, Manchester Regiment, was captured by the Germans last March and was repatriated in December. During his service in France he was gassed.

The other son, Private William Scott, West riding Regiment, has been discharged with wounds.