The Don and Dearne Scouts ‘Get Together’ was held on Saturday at Conisbrough Wesleyan Church Hall, and 100 Scouts and Scouters took part from Conisbrough, Mexborough, Swinton, wath, Brampton, Bolton and Thurnscoe.

The programme opened with a games Olympiad which included crazy golf, bowling at the clown, football dribble, walking the plank, skittles, etc. This was run by Mr. R. Pleasance of the 5th, and Scouts and seniors of the Troop. 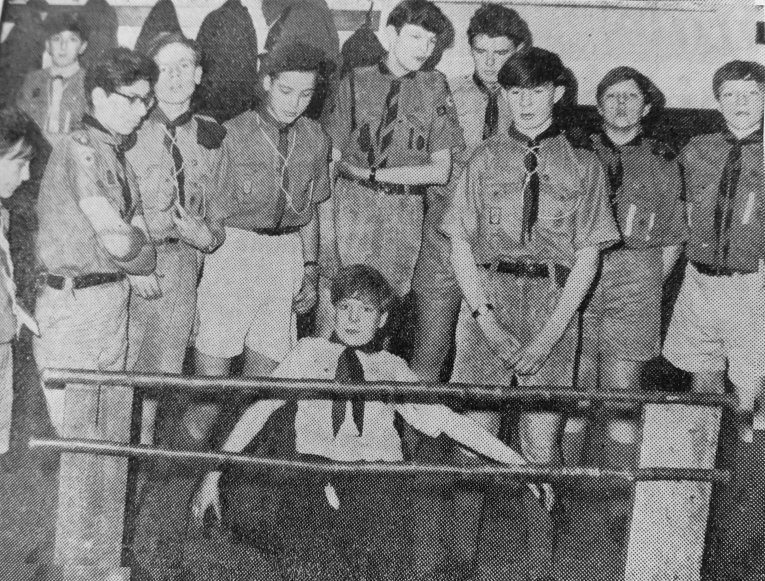 Tea was provided and served by members of the Group Committee of the 5th Don and Dearne (Conisbrough) Group.

Following tea the film ‘The Bulldog Breed’, featuring Norman Wisdom was presented by Mr. Veasey of the 6th.

The Acting District Commissioner Mr. C. Ibbetson, welcomed Mr. and Mrs. R. Cobb of Swinton and Mr. G. W. Slater of Conisbrough. This was Mrs. Cobb’s first Scout engagement since her recent accident. Mr. Slater was welcomed as ‘Father’ of the Don and Dearne district.

Mr. Ibbetson announced that the 12th World Jamboree would be held in Farragut State Park, Couer D’ Alene Idaho, U.S.A. In August 1067 and Don and Dearne hoped to send at least one representative. 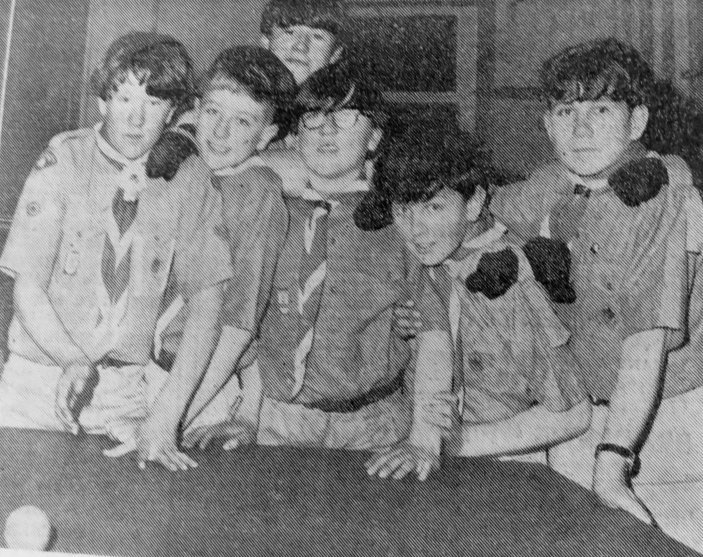