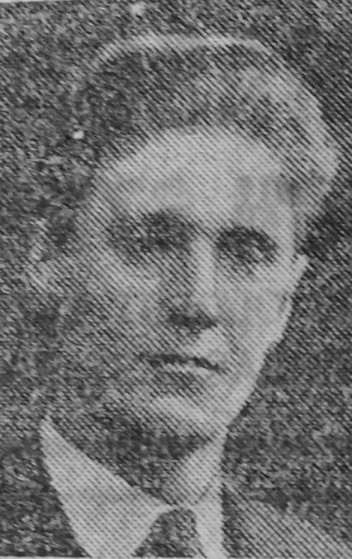 Mr. Edward Thompson, of 14, Daylands Avenue. Conisborough, is one of the luckiest men alive. He will never forget his most remarkable escape from death.

He was one of the eleven men in the shaft accident at Brock House Colliery, Beighton, last Friday. A steel wire rope attached to a circular scaffold on which they were working 40 feet from the bottom of the shaft, broke and precipitated ten of the eleven to the bottom.

The men were employed by the Francois Cementation Company, Donaster, who have carried out the Making operations. and Mr. Thompoon was the deputy in charge. He told the following story to our representative on Saturday.

“We came out of the shaft for snap at 2 am and returned half an hour later. The usual inspection was made and we found that everything was just as we left it. We had been at work about half an hour when either the rope broke or came out of the capple and 10 of us went to the bottom. Brown and myself clung to our drilling machines and while Brown’s held in position he was able to scramble to safety.”

“My drill gave way. I had slipped some 12 feet down the air pipe to which I clung. Then when the drill came out the machine fell on the top of my head and knocked me to the bottom. It was very fortunate for us that the bottom was filled with dirt that we had allowed to fall out of the shaft side, for had it not been so we would have fallen as many yards as feet. The fall was bad enough and the scene after the accident, when I had come to my senses, was an awful one, the men bleeding and groaning, the pit bottom dimly lighted and water trickling down the shaft side.”

When our representative called upon Hr. Thompson, he found him suffering from a nasty cut on the head, facial abrasions and a cracked bone in the right forearm. He was employed at the Denaby Main Colliery up to twelve months ago and he holds a colliery manager’s first-class certificate.

He is the superintendent of Conisborough Parish Church Sunday School.