Shopping In Conisbrough and Denaby

One garage which has already drawn up plans for re-siting in Conisbrough is Booth’s Garage, of Church Street.

Booths, who have been in the community for 15 years, are Triumph dealers, and can boast that they have every type of Triumph car I stock as well as all types of new and second-hand (late model) cars.

‘Conisbrough,’ said Mr. Booth is a big place and extends over a large area. The effort being made to get some sort of shopping centre will be a big improvement to the town. 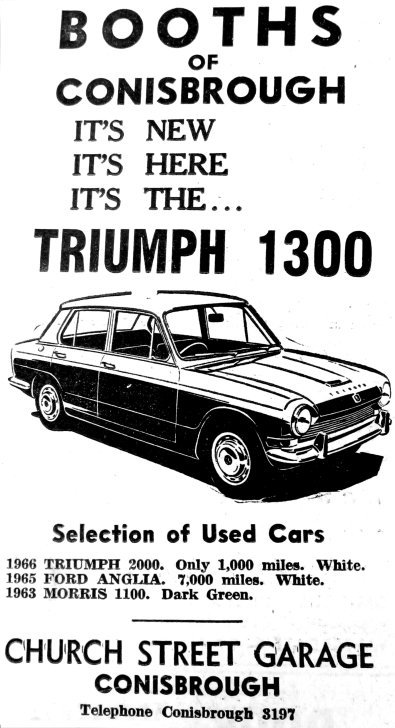