In only her fourth appearance at a show, Amanda Jane Roberts (13), of Doncaster Road, Conisbrough, gained two trophies with her pony “Jalbey,” at the Broughton Agricultural Show, near Brigg, on Saturday.

She gained second prize in the class for ponies up to 14.2 hands, and as runner-up received a cup, and then she won the William Longbottom  Memorial trophy, a silver cup, for the best turned out pony and rider.

Amanda, daughter of Mr. and Mrs. B. A. Roberts, is a student at Mexborough Grammar School, and she had gained one previous show award when she was placed second at Wickersley on Whit Monday. 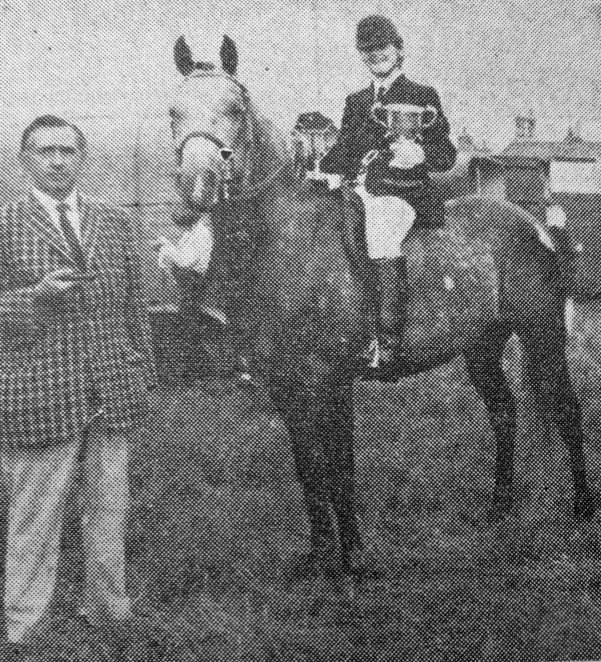