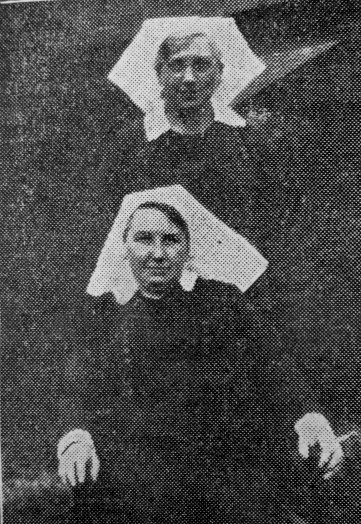 At the end of June Denaby and Conisborough will be losing two residents who have served the district faithfully and loyally for 30 years – Sister J. H. Stead and E. Steel, of the Fullerton hospital, Denaby, who are to retire. The two sisters, whose kindness and sympathetic treatment has earned them universal respect throughout the Conisborough urban district, tended their resignations to the Board of Management on Monday.

Sister Stead told the “Times” this week that they had seen great changes in the hospital. When Sister Steel first came to Denaby the hospital staff consisted of a housekeeper, three maids, one porter and two nurses; today the staff consists of six maids, two porters, five nurses and two sisters. At first the hospital catered for miners only, but now the needs of the local glass workers and other workers and private patients were met as well.

When Sister Steel arrived at their institution there were only six beds, but now they had 40.

The two sisters are to spend their retirement together in the Harrogate neighbourhood.

Fullerton Hospital – Made Ends Meet By Sale Of Nurses’ Home