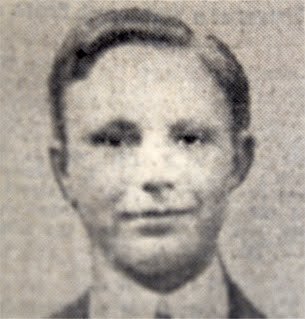 News has been received by Mr and Mrs W Smith, Conisbrough, that their son, Lance Cpl Norman A.Smith, Queen Victoria’s Rifles, North London Brigade, has been killed in action. The sad tidings was brought by Mrs Smith’s sister from London. Lance Cpl Smith was engaged until lastAugust in the manager’s office, Marleybone great central railway. A letter to the office from one of the staff now serving stated that several of the clerks had been wounded and Lance Cpl Smith had been killed last Wednesday. It is thought he received a fatal injury at Hill 60. The sergeant of the deceased´s company had been wounded and in hospital and Lance Cpl Smith was in charge of that particular section. At the time he was loading rifles and directing fire, when a shell burst close to him. He would have been 21 in June. He received his early training at Morley Place School, of which the deceased´s father, Mr W Smith, has been headmaster for 25 years. After leaving there he was about four years at Mexborough Secondary School.

A letter was received on Wednesday morning from the head of the office where deceased had been engaged since he left the secondary school, expressing the sympathy of the whole staff, and saying how well he was doing in this particular work, and that he had been marked out as likely for promotion.

Previous to the mobilisation in August, he was a territorial in the Queen Victoria rifles, and volunteered for the front and went out in November. On one occasion he was in a barn which was shelled, several being killed and about 70 injured. He had his pipe knocked out of his mouth at the time by piece of shrapnel. In January he suffered from frostbite and was in hospital for a few days. Otherwise he had been actively engaged in the fighting line, and had never been touched. Mr and Mrs Smith received a letter written by their son on 18 April, in which he said he had been resting for a few days, and he/and quite cheerfully, saying he was very well indeed. The bereaved parents have received many expressions of sympathy.