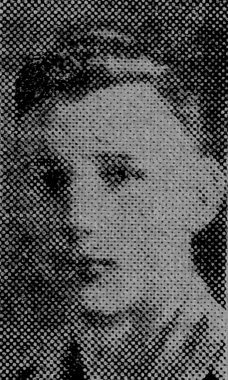 Joseph Henderson (19), of March Street, Conisbrough is still playing football, despite the fact that he is in Tripoli with the R.A.S.C.

In a letter to his parents this week, “Joe” told them of the third win out of four games played with his latest football team, H.Q. 1st Infantry Div., of which he is captain. Joe went to Tripoli in April, and played for his division’s cricket team during the summer.

A former student of Mexborough Grammar School, Joe played for the school football and cricket teams, and last season, before he joined the Army, he played as an amateur right-back for Denaby United’s reserve side.