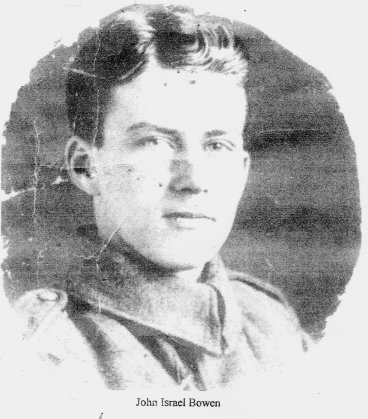 John Israel Bowen joined the King’s Own Yorkshire Light Infantry (KOYLI) and was despatched to the trenches in Belgium with the 10th Battalion.

He was killed in action at the Battle Of Paschendaele, near Ypres on October 4th 1917.

He was buried at Hooge Crater Cemetery, Zillebeke in grave VI B5.

His death is honoured on the war memorial in Conisbrough.