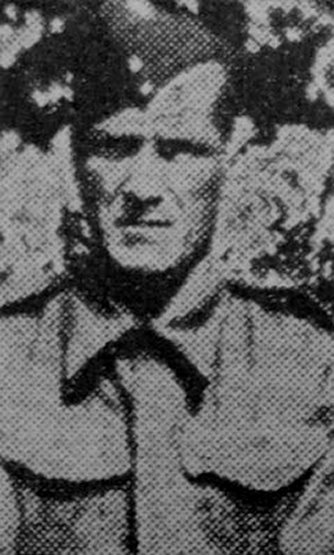 Driver Clarence Griffin was before enlistment a fitter at Cadeby Colliery, where his pals will be pleased to know that he is all right and quite well.

Driver Griffin enlisted in February, 1939, in the R.A.

He saw service in France and was evacuated from Dunkirk.

His trade has stood him in good stead and he is now a driver in command of convoys.

Driver Griffin is married and has one son, his home being at 141, Doncaster Road, Denaby Main.