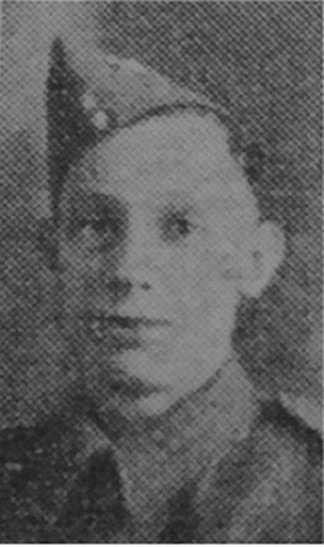 Pte. Jimmy Wright, of Denaby, who volunteered in January came home on leave some time ago, and is now in Iceland.  He thinks Army life is grand.  Before joining up he was employed at Denaby Colliery.

His eldest brother served in the regiment, he is now in, 19 years, and then was transferred to the Lancashire Fusiliers.  His 21 years service will be up in August, and his photo appeared in an earlier issue of this paper.  He is C.S.M. F. Roe.