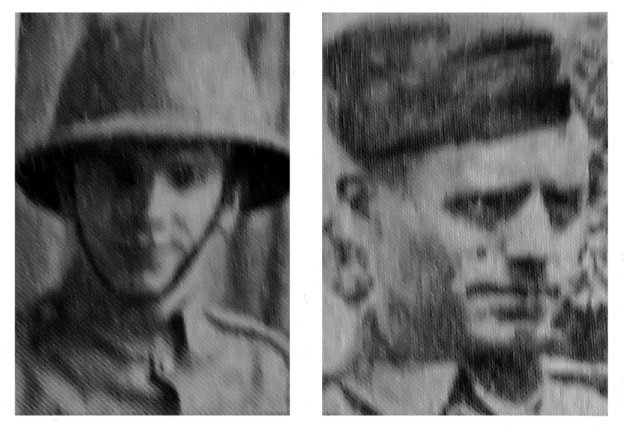 Two Birdsall brothers, who are well known in the Conisboro’ district, both joined the Forces in the summer of 1939.

Joe (picture, left )is in an anti-aircraft unit and is now out East.

He was formerly a bricklayer at Cadeby Main Colliery, and he was a clever cello player.

He was a member of the Barnburgh Main Band.

Before joining up Fred (picture, right) was a contractor at Denaby Main Colliery, and is now an Army transport driver.

Soldiers – Jenkinson Brothers – Like the life, fit and well (pictures)