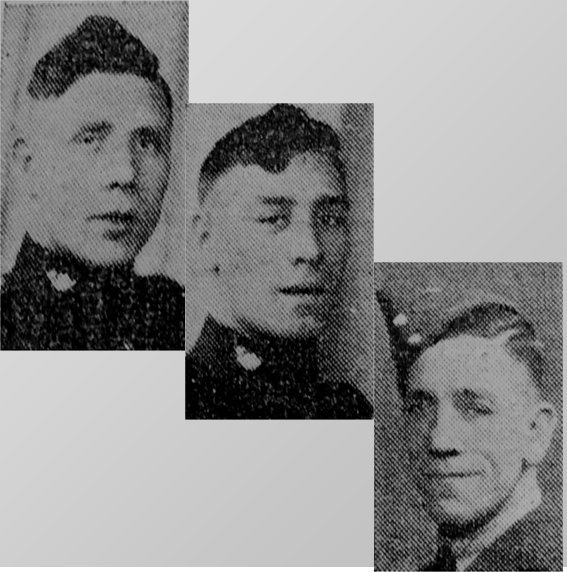 Mr. and Mrs. H. Botwood, of 6, Barnsley Avenue, Conisborough, have three sons in the Forces.

Harry and Clarence were both in the Territorials and were called up on the outbreak of war.  Both went to France and were in the evacuation from Dunkirk.

They were both formerly employed at Cadeby Main Colliery, and Clarence is also well known as a boxer, having won many trophies besides appearing on one occasion at the Albert Hall in London

Horace joined the R.A.F. in December of last year, and is now undergoing training as a flight-mechanic somewhere on the West Coast.   He was formerly trainer for the “Times” football team.