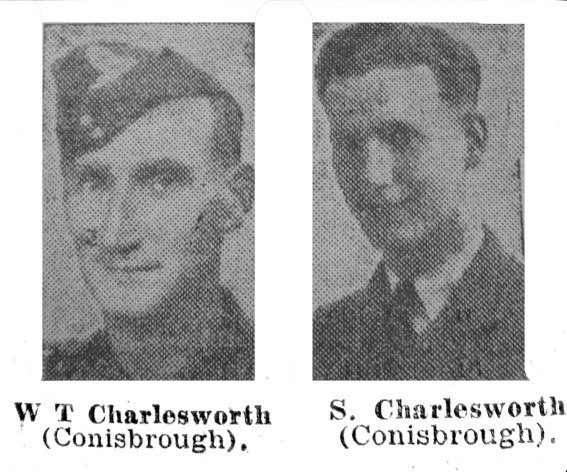 The Charlesworth family, of 11, The Crescent, Consibrough, are doing their bit in the national cause. The father, Mr. W. T. Charlesworth, who enlisted on August 4th, 1914. and served throughout the last war in the Royal Engineers In France, volunteered immediately on the outbreak of the present struggle and is now serving with the Royal Artillery abroad.

His son. Stanley Charlesworth, who worked at Denby Main Colliery, was a well-known footballer before the war, and was on the professional books of Grimsby Town when he was 17. Joining the R.A.F he became a P.T. instructor, and is now a Sergeant Paratroop Instructor.

He still manages to secure a game of football and is at present turning out for Manchester City.

Mrs. Charlesworth is also doing her share, and besides being a member of the Conisbrough postal staff. is also an A.R.P. warden.