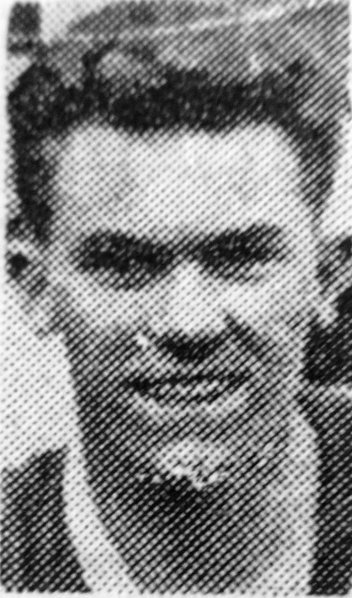 Somerset – Born Peter Hornett, who is the Denaby United Reserves’ centre-half, is thrilled with the news that he has been selected to play his second match for the all Yorkshire Police Force football team against Durham Police at Durham on February 25th.

“As I am not a Yorkshireman I am pleased to have been Selected, said 29-years-old Peter, who is a police constable stationed at Denaby.

Peter was born and brought up at Weston-Super-Mare and represented his County in Under 18 Schoolboy competitions. After leaving the Army in 1956 he signed amateur forms with Bristol Rovers and played in the ‘A’ team four times.

He joined the Police Force nearly seven years ago and spent five years at Ripon, where he played for the City Football Club in the Harrogate and District Premier League and was captain for three seasons.

While he was in the Army, Peter gained his colours for basketball. He was a physical education instructor.

The first police match was against Lancashire at Huddersfield in November and was drawn 1-1.

P.c. Matt Brierley stationed at Edlington is left-back in the side. He is aged 22 and was formerly stationed at Cusworth. P.c. Derek Hyde, who played wing-half in the first match, is first reserve.