Final tables of the South Riding Leagues first season are to hand.

Hemsworth and Harworth head Division “A”, Shiregreen and Swinton Division “B”

The annual meeting of the League will be held at Mexborough Athletic Club on Thursday evening, October 7 at 7.30 and League Secretary H. Bramhall stresses the importance of all clubs be represented in view of a possible discussion on fixtures.

I understand that there is a feeling among some of the League member clubs that three divisions (as originally mooted when the League came into existence) might still be more acceptable than the present two. 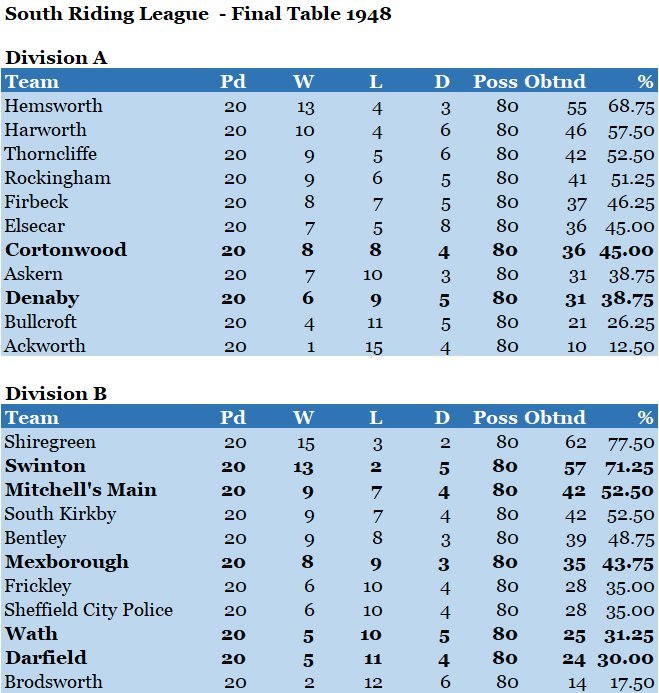