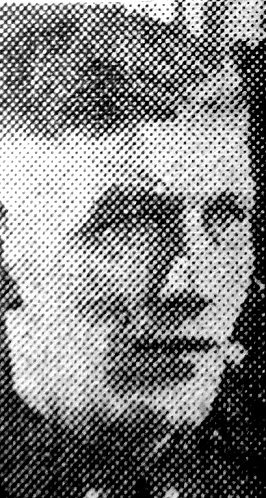 Within a few hours of reading about a Conisbrough man’s illness through muscular atrophy, a Denaby undertaker and taxi proprietor had offered assistance.

Mr S. G. Burdett, of 22, Wheatley St., Denaby, promised to put a car at the disposal of the man if he wished to travel for treatment.

To legalise the arrangement, Mr. Burdett would have to charge a fare. He quoted it as “one penny.”

There has been another offer of help for the invalid, 37-years-old Jack Kelly, of March Street, Conisbrough. It came from a Doncaster physiotherapist who wishes to remain anonymous. He was shown a cutting from the “South Yorkshire Times,” who published the story of Jack Kelly’s Illness and he contacted Mr. Kelly immediately

With most of his muscles useless, Kelly, an ex-boxer and ex-miner, has been off work for months. He has been unable to maintain continual treatment.

He and his wife had begun to fear that his condition was gradually worsening. Now, after two visits, the physiotherapist has assured them that every muscle is responding to treatment. Recovery will take some time, but it is almost guaranteed, and the Doncaster man thinks he may soon be able to find out what is causing the atrophy.

The attention he is giving Kelly is entirely free.   Almost entirely, that is, for the only thing he asks for is a cup of tea.                He will not even accept travelling expenses. And though Mr. and Mrs. Kelly have not yet had need to accept Mr. Burdett’s offer, they have written to thank him, and are keeping it in mind.