Students Up In Arms 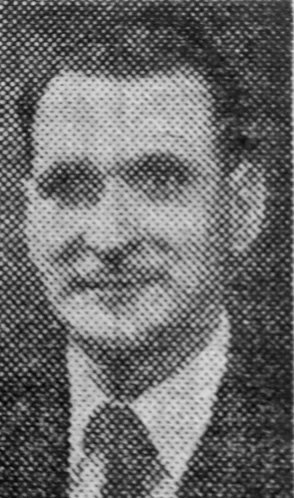 Comments by Coun. G. Cheshire (picture) (Conisbrough) at last Thursday’s meeting of Mexborough Divisional Education Executive Further Education Sub-Committee about an old-time ballroom dancing class held under the auspices of Conisbrough Senior Evening Institute, have drawn a sharp reply this week from 41 of the students at the class.

Coun. Cheshire, as reported in our last issue, complained that many people felt that people were taking advantage of the Evening Institute to get cheap facilities and that people attending the classes were not taking the opportunity to learn to dance.

It was felt, he contended, that they were taking advantage of the classes to get a season’s dancing for half-a-crown.

On Tuesday this newspaper received the following letter:

“We, on behalf of the students attending the dancing classes at Conisbrough Evening School, protest most emphatically at the misrepresentation of Coun. Cheshires statement at last week’s Mexborough Divisional Education Executive meeting; we are bona fide learners and we recant Coun. Cheshire’s implication that we are not.

Has he forgotten that both he and his wife are past students of this ‘hop’ ?

“Our ‘orchestra’ consists of a piano, so this cannot be a ‘hop’ but a lesson with a genuine instructor, and we have satisfied inspectors that we are a dancing class.

“Is it Councillor Cheshire’s intention that we should let him make arrangement where we should spend both our money and our evenings?

“Without labouring the point further, we request the divisional Education Executive to reconsider their decision and to sanction classes.”

this petition was grown up last Friday’s session of the class. All the students present, except one man, signed the letter then, and other members of volunteered their signature since.

The “South Yorkshire Times” is advised that the average class member ship during the summer session totals about 60.

A class member told me yesterday that the students were “seething with indignation” about Council Chester’s remarks.

An approach is being made to the West Riding education authority at Wakefield.

The divisional further education subcommittee decided to eliminate the class from the syllabus for the winter months, and the class will meet the last time tonight (Friday). For four years it has been operating in Station Road School, Conisbrough

Coun. Cheshire also alleged that the classes were cutting across other organisations, particularly on Friday nights, when it had been the custom to arrange dances for the Over Sixties Club. From Mr. L. Hooly, 8. Denaby Avenue, Conanby, we have received this letter:—

” Because Conisbrough old folk’s dances have not been the success one would wish them to be, Mr. G. Cheshire blames the evening, school dancing class. He even calls it a Friday hop,’ an insult, Mr. Cheshire, to the Education Authorities, to the sincere and genuine instructors, Mr. and Mrs. Williams, also the people who along with Mr. Cheshire, have attended the classes to learn old-time dancing; Mr. Cheshire may have forgotten he learned to dance at the school class.

I was one. We went along several weeks running, and it Mr. Cheshire had attended any of those weeks he would have realised why these people stopped going. It you have an old-time dance see that it is an old-time dance.

Do not blame the night school classes. To call them hops ‘ is an insult, and the remark should be withdrawn.”