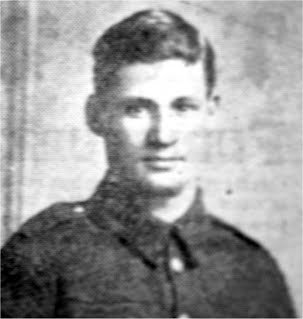 Private Fred Sturgess, fifth Battalion, K.O.Y.L.I., Braithwell Street, Denaby, who when war broke out, was in camp at Whitley with the local “terriers”, went out France in April, where he has helped to occupy the trenches ever since.

His letters home are of a cheery nature, and in one of them, he says: “we Yorkshire lads pass the time away singing “has anyone here seen a German band?” And the enemy´s answer is a perfect storm of `Jack Johnsons´

Continuing in a more serious strain he goes on to say: “although we enter the trenches free of charge. We have to pay dearly to come out.”

Sturgess has another brother in the K.O.Y.L.I.