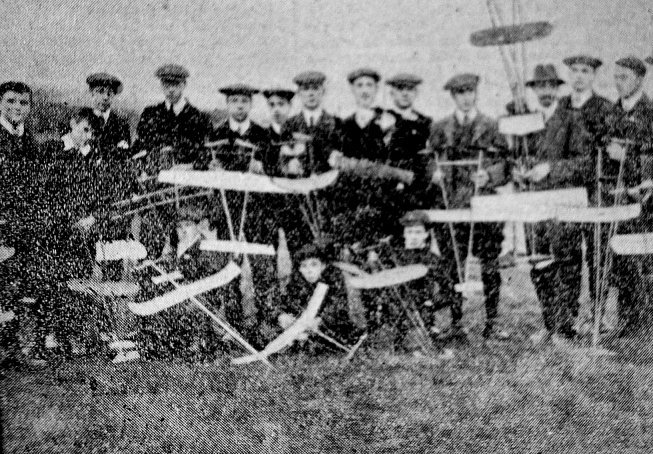 The largest model flying meeting ever organised in this part of the country was successfully held at Conisborough on Saturday under the auspices of the Conisborough and district Aeroplane Society. Many good flights were made, and considering a tricky crosswind, the machines acquitted themselves very creditably.

Companies came from various parts of the country, including members of the Birmingham, Sheffield and Conisborough Aero clubs. The home club managed to hold its own by winning both first and second prizes, the third being won by a Sheffield competitor.

Owing to the inclement conditions, not many spectators were present, but the proceeds were sufficient to cover expenses. The first prize was won by F.J. Wright, who made an exceptionally good flight, considering the conditions, of 630 feet in 28 seconds. The second prize went to C.C. Allport, who made a good flight of 470 feet, and the third to J. Dewsnap.

There were four competitions, for distance, duration, speed and direction. Marks were awarded for each competition, and the three competitors scoring the highest marks were the winners of the prizes, thus assuring the best all-round models winning.

In the distance competition three attempts were allowed for each competitor, and the longest counted.

In the duration competition flights were time by a stopwatch. The speed competition was flown in heats of three at a time, and the quickest of each heat flew in the final. These flights were all-timed over a distance of 50 yards.

In the direction competition all the competitors set their models off at once, and those passing nearest the judge at 50 yards distant were awarded highest marks.

After the competition were over Mr Allport’s model was smashed.