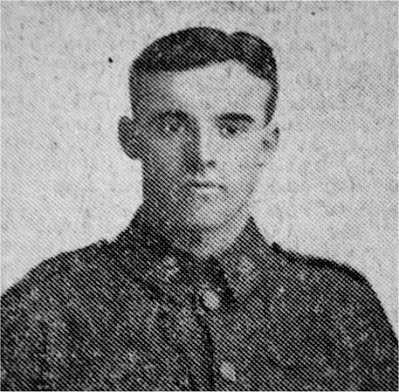 To those who made the supreme sacrifice must be added the name of Sgt J.H.Swaby, York and Lancaster Regiment, most familiarly known in civilian life by his soubriquet of “Doy”. Swaby was fatally wounded during a night attack on 17 March, whilst engaged with a working party, and expired eight hours later.

His relatives at 103 Tickhill Street Denaby main, have received the following letter from the officer commanding his Battalion:

“It is with deepest regret I have to write to you of the death of your nephew, news of which I think you will already received from other sources. He was with a night working party on the 17th, and was hit in the head with a stray bullet; but it may be some consolation to you to know that he was quite unconscious and free from any pain from the moment when he was hit until he died.

Sgt Swaby is a great loss to his company and Regiment, and I know of no one whose death has been more deplored by his brother non-commissioned officers and the men under him. His perpetual cheerfulness under conditions even more trying was always extraordinary, and he was always keen and willing. He died as he lived, doing his duty fearlessly and well, and I wish you to accept my deepest sympathy in your great and irrepairable loss.”

Previous to the war Sgt Swaby was employed at the Cadeby Main colliery,and resided with his relatives, Mr and Mrs P Swaby, of 103 Tickhill Street Denaby.

He enlisted in September 1914 and although only 19 years of age, in a few months he succeeded in rising from a private to a Sergeant. His cheerful disposition and athletic activitiesgained many friends, and Denaby Main will be the poorer by his loss.