Tess davies is seven years old, and that may not sum to be any particular achievement, but Tess is a NN Zealand White Rabbit.

Tess belongs to 11 years old Linda Ann Davies of Sheffield Road, Conisbrough, and has been in her care since Linda was four years old and Tess was only a few months

Linda was given the rabbit as an Easter present by her grandmother, Mrs. B. Oakley, with another rabbit but the other one died. The Davies’s believe that it is rare for a rabbit to live for so long. Commented Linda: “She is still as fit as a fiddle. I love having her, in fact when she dies it will break my heart. When I come home from school I always go over to the hutch and talk to her.” 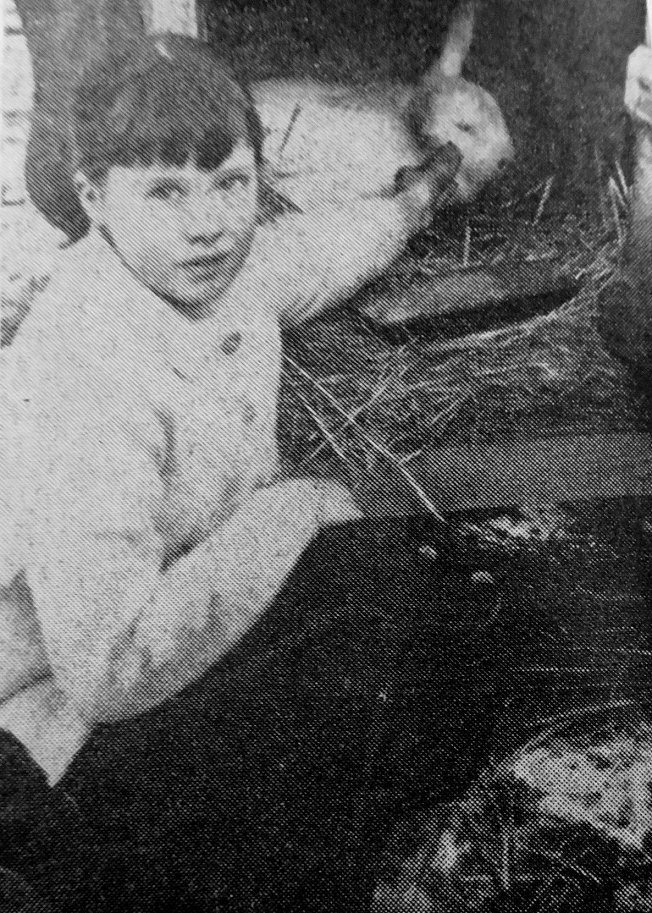 Linda’s mother, Mrs Phyllis Davies, told the “South Yorkshire Times,” “Linda looks after Tess extremely well and this must have something to do with her living for so long. Tess, in fact, looks like outliving her hutch.”

Tess who would probably hold her own in any competition to find Conisbrough’s largest rabbit has another friend, apart from owner, and he is the family dog, Bruce, aged 16. Mrs. Davies added “They are real pals.”

Linda, al.so known by some people by her other name, Ann, is a real rabbit fancier and she and her classmates help to look after three other rabbits at school.

Linda Davies (11), of 113, Sheffield Road, Conisbrough with her New Zealand white rabbit Tess, which she received from her grandmother as an Easter gift seven years ago.

“Can You Beat Their Claim?”