The Dancing Brothers Already Have 600 Awards

In the last three years Roger and Gary Metcalfe have travelled over 60,000 miles, and on nearly every journey they have won trophies in the country’s top ballrooms.

Their home, at 16, Hazel Grove, Conisbrough, is a glittering array of silver. In the six years Roger has been dancing he has amassed 370 awards, and his brother has taken 230 in four years.

Roger, who is not 16 until the end of November, has just retained the Junior Yorkshire Championship in Modern and Latin. 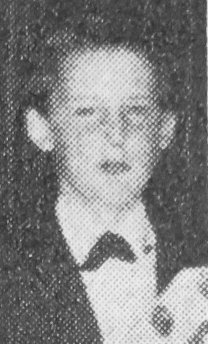 Gary, (picture) 14 in November, has been partnering a Rotherham girl, Linda. Swales, for the last few months, and in that time they have won four cups in six competition. “But,” points out. Roger, “the two competitions they lost were against me and Jennifer.”

At the County Competition Gary came fifth, and took two trophies at the Burma Star under-14 event. At the Skegness Festival a fortnight ago the two took the honours in the under-16 and under-14 events respectively.

Both are ex-Juvenile Champions and, two years ago Roger represented his country in the European Grand Prix in Berlin, coming second.

Roger is a keen basketball player, representing his school, Conisbrough Northcliffe, and for the last eight months has been learning to play the Spanish guitar. Gary is a most enthusiastic supporter of Leeds United and tries to get to as many matches as he can.

Both are considering taking up dancing professionally, but there is no great urgency about the decision. “It depends on the job we get” said Roger. “If we get the type of work we shall enjoy then dancing will stay a hobby.” For the immediate future there are the European Junior Modern Championships at Hammersmith and the International Dance Competition at the Albert Hall.