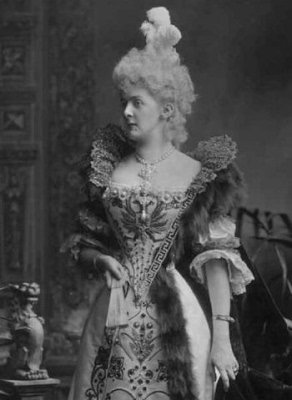 The talented King’s Counsel, whom the late Mr Gladstone made Home Secretary, is just now having professional work, payment for which should go far to make up the loss of his salary as a member of the late Liberal Government..

He is appearing before the House of Lords (where, by the way, he has to stand all the while), on behalf of the wife of the Earl of Yarborough. That lady  has a baptismal name, which appears to be little known by many pressmen: she is called “Maria,” “Mary,” and “Mercia” whereas her true Christian name is Marcy Amelia Mary.

Her noble father was the late 12th baron Conyers, who died in 1888, when the Baronet fell into abeyance until called out in favour of the elder of his two daughters, the lady of the Manor of Conisborough; Marcia, who was married to Lord Yarborough in 1886.

Her ladyship was born in 1863 and the Barony when so “called out” in favour dates as such since 1892. 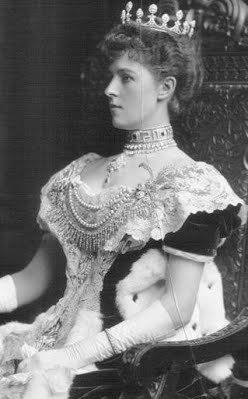 Her sister is Lady Powis, wife of the Earl of that name, who also has the historic one of Clive. Lady Powis as a maiden was known as the Honourable Violet Evelyn Lane – Fox, and she is co heiress now with the lady of Conisborough Manor.

It is as heirs of the Duke of Leeds that the close association with Conisborough, it’s manorial rights, and its historical Castle is to be found. The 12th Baron Conyers succeeded to the title on the death of his mother’s brother (“maternal uncle”) the seventh Duke of Leeds on fourth of May 1869.

It should be said that the two Noble ladies, for whom Mr Asquith is appearing now in the , house of Lords case had a brother named Sackville Fitzroy Henry Lane – Fox, born 9th May 1861, was an officer in the Tower Hamlets militia, and died at the age of 18 on 27th of August 1879. So the only son died in the lifetime of his father.

It was the last Baron Conyers, father of Lady Yarborough, who erected the Lodge for the caretaker of Conisborough Castle.

The family name, “Lane – Fox,” will at once called to mind the relationship by marriage, with one of Earl Fitzwilliam’s younger sons, and some Court incidents affecting dressmakers interests.

Readers of Jane Austin’s famous novel, “Pride and Prejudice,” will find many of these old Yorkshire names and incidents of Yorkshire life in the early part of last century under probably only but thinly guised sketches.

I should add that the three baronies now claimed on behalf of Lady Yarborough are those of Baroness Darcy de Knayth, and of Meynill and Fanconberg.

Her ladyship is already, by the previous decision of the hours of Lords, Baroness Conyers

Photos from Wikipedia and also further information at:

Tithe Rent Charges in The Conisborough District – Sale in  London