They Rightly Proud of Fullerton

Saga of a Hospital 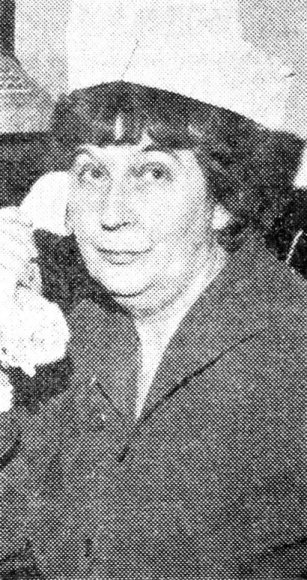 Denaby Main is very proud of the Fullerton Hospital, whose grounds are one of the beauty spots of the village.

It was only small when first opened with perhaps 10 beds in the main ward, a small ward off this for children, and, near the entrance, another small ward, which would accommodate about three beds.

Between the two wards was the nurses’ dining room, which was also used for their office.

It had a small operating theatre and out-patients’ department and the usual kitchen accommodation, and also a laundry and a Board Room, in which the committee held their weekly meetings.

The nursing’ staff at that time was composed of Nurse Grace Pepper and Nurse E. Steel. Later a Nurse Stead joined the staff.

In course of time the hospital was extended for the betterment of the district it served. It had an excellent X-ray installed, the operating theatre was enlarged and it had a good out-patients’ department. Later a new building was provided for a physiotherapy department and consulting rooms for the consultants and with accommodation for a nurses’ home in the form of a flat over these departments.

The wards were extended and the bed occupancy became one of 41 beds. The small ward at the entrance was extended and became the women’s ward. The extensions and extra amenities meant higher costs and from time to time the Board of Management had to approach the subscribers for an increase in their weekly contributions, and, let it be said, the increases were never refused by the employees, because they were proud of their little hospital and knew that it meant better conditions and service for those who happened to need hospital treatment.

These contributions ceased when the State took control. All the colliery accidents which required hospital treatment were dispatched to the ‘Fullerton’ and the doctor informed according to the district in which the patient lived. The doctors gave service day and night according to the treatment required.

Nurses Steel and Stead were eventually given the status and rank of ‘Sister’ and they were later joined by Sister Brighten, who had previously served as staff nurse, but left to take further training qualifications. In due course Sisters Steel and Stead retired and the Board then appointed Sister Brighton as the first Matron of the hospital.

The hospital was at first confined to the use and treatment of the local colliery employees and their wives and children, but later employees of other industries in the district were admitted to the contributing scheme.

As the hospital extended, further suggestions were made by the medical staff and consultants were engaged from Sheffield hospitals to advise and were available to perform operations there.

This was a great move and many of our older readers will recall with pride the excellent operational work performed by the late Col. Connell, Mr. Houldsworth and Mr. Fawcett, all from Sheffield, and also by local surgeons, the late Dr. John MacArthur and the late Dr. Lindsay.

The ‘Fullerton’ created its own image which became widespread as one of the best equipped small hospitals in South Yorkshire, and as a hospital which served well, was known for its cleanliness, brightness, homely atmosphere, and added to this a high standard of efficiency and attention. 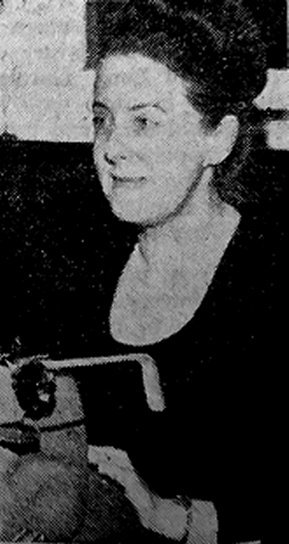 In July, 1948, the hospital came under the jurisdiction of the Doncaster Hospital Management Committee. It should be known that the ‘Fullerton’ is not now just a place where you convalesce, it is an “Acute Hospital” and many types of patients receive treatment there, including patients transferred from Doncaster Royal Infirmary.
Those people who at the time of changeover to State control were serving on the Board of Management, formed themselves into the Fullerton Hospital Voluntary Aid Fund Committee, better known as the Comforts Fund Committee. With the aid of many local people, organisations and clubs, etc., they have been able to, provide several amenities for the benefit of its patients.

On the retirement of Miss Brighton some years ago, Miss Wall, from Montagu Hospital, Mexborough, was appointed the second Matron and when she left to take other duties, Miss Tutin, who was then the Administrative Sister, was appointed Matron.

Miss Tutin had been very anxious for some time that the hospital should have a ‘Day Room,’ and, in the many renovations and added amenities made by the Doncaster Committee, the scheme included a ,fine ” ‘Day Room,’ which was opened last year and is much appreciated by staff and patients, the latter particularly.

This was partly furnished “by the Comforts FUnd Committee, and assistance was given by Doncaster Hospital Comforts Fund Committee and Doncaster kospital Managethent Commit:-tee. The ‘Fullerton Hospital’ has its own image and it is a good one.

One cannot conclude an article, of this type without paying a final tribute to these of the medical staffs, nursing stafts„ ancillary staffs and members of the Board of Management, who in their day arid generation. have given such faithful service to a hospital which has served the community so well.

Those who helped to .build and equip it are entitled to be justly proud of their village hospital.

They’re Rightly Proud of Fullerton – Saga of a Hospital

They’re Rightly Proud of Fullerton -The Staff and Patients