Tomorrows South Riding League game at Wombwell, between Mitchell’s Main and Denaby will be one of the most important of the season. The result may very well decide whether either club has any more interest in the Council Championship.

At Denaby, on July 2nd, Denaby gained a handsome victory, but Mitchell’s were not then at full strength.

Mitchell’s Main, Council leaders, are hoping to figure in the Council semifinals for the second successive year—and to have better fortune this year. All Wombwell cricket lovers are wishing the club well in their quest to bring the championship into this district.

Fred Rodgers: Employed as a railwayman, and played his first Council match for the club this season against Bullcroft on Saturday.

Aubrey Stapleton: In his first season with the club. Opened innings with Fred Rodgers in Saturday’s match.

William Hibberd: Assistant secretary, bats No. 3 and is a useful bowler. Once took 9 wickets for 0 runs in an R.A.F. competitive game.

Roy Cooling: Fitter at Mitchell Main. Has an average in the 50’s. Well known as former Barnsley and Mansfield Town footballer. May not be available further this season.

Doug Rodger: Works at Wombwell Main, is a useful although rather slow batsmen.

Billy Lilley: Bosom pal of Roy Cooling. An accomplished wicket keeper and very popular with the spectators. Has been with the club all his playing career.

Ted Evans: Has been with club for 25 years or more. Team captain for the past 10 seasons.

Arnold Bonell: Regular opening bat with the club, but is at present away with Rochdale Football Club.

Jack Harston: Attractive No. 5 batsman, but at present out of the team through football calls (Bradford City).

Irving Dunn: Club Secretary. Hopes to be in side from now on, but has been unable to play much before because of awkward shift work and a broken leg. Overman at Darfield Main.

Denaby and Cadeby: 28 years members of the Council, have never figured in a final before; in fact they have only once been at the head of the table . . . for two days over the August Bank Holiday. Denaby bat down to No. 9 and have above the average attack, but on championship standards, fail in the field. 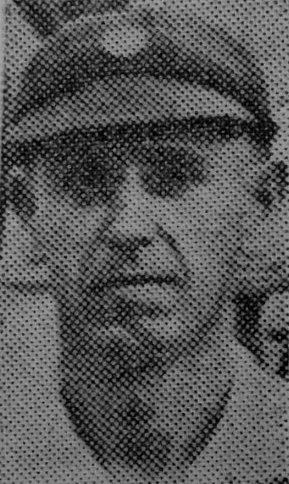 J. Bullard: Heads both Denaby’s bowling and batting averages. One of the most ferocious hitters in South Yorkshire. Native of Denaby, this year’s Yorkshire County Police captain.

H. Newton: Went to Denaby eight seasons ago from Darnall. A principal member of the attack.

R. Cory: More than useful bowler, bat and fielder. Joined Denaby from Mexborough. Last season with Elsecar, but returned to Denaby. this year.

A. Ellis: After season in Bradford League with Eccleshill, came back to Denaby this Year.