Both brothers joined the Drake battalion, on 5 September, 1914, and left England for foreign service on March 1, 1915. Whilst the roll of names was being called, their cousin Frank Tomlinson also of the Drake battalion, whom they have not previously seen, noticed their names and made himself known to them, and the cousins were delighted to meet so unexpectedly.

In a recent letter to their parents they regretfully announce the death of cousin Frank, who served five years in the Navy and was killed in an engagement on 15 July.

Herbert was 21 years of age on 21 July. In a letter to his mother he says:

“We are at our rest camp, and have been in the trenches four days. We did not have a birthday party in the trenches. When the parcel from sister Kate arrives here we are hoping to have a fuddle. We are on the lookout for it.

Breakfast this morning consisted of a bit of bread, four figs, and a drop of tea. We had some new “Drakes” sent here last week. A lad named Shaw, Conisbrough was with them.
We keep gaining ground. We got three lines of trenches last week. They did get it. Dead all over; it was awful. We have been here 13 weeks and under shell fire all the time. They are sending a few just now. The heat here is enough, without having to fight; it has turned is all brown. We have got some Scotchmen here, with kilts too.
Please remember us to our brother and tell him we wish the war was over too.
Will you please send on some cigarettes, we shall enjoy them. 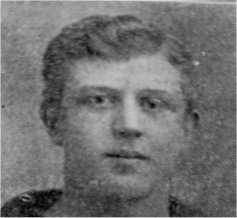 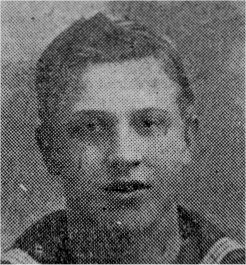