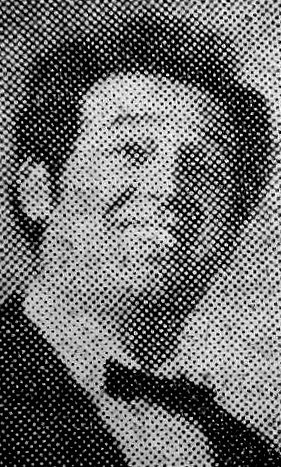 A Yorkshire Main Colliery minecar repairer, Eric (40), pulls in the crowds wherever he sings, though it very nearly ended for him before it even began.

Twenty – seven -years ago, Eric’s first appearance at the Catholic Club, ended disastrously when he broke down. “I went home very upset,” said Eric, “but my father came up to me and he said, ‘Well, a’ tha’ licked?’ I went back and sang.”

Since then Eric has carved himself a special niche in the hearts of Denaby people, and his popularity assured success for such groups as The Partners and The Scott Trio.

The Partners had the galling experience of having to hold, the Sheffield City Hall stage for over an hour in front of a packed audience awaiting the arrival of the Clancy Brothers and they got a rousing, reception at the end!

Eric’s career has taken him far and wide, from winning Army competitions with The Inkspots in Benghazi and Palestine (1949) to the Carlton Club, Chesterfield (1969).

It was at the Carlton that Eric was introduced to Admiral Sir John Cunningham by millionaire Peter Mullen, a great fan of the Denaby singer. Eric was appearing on the same bill as Freddie Trueman at the time. And the Carlton Club could be the scene of Eric’s biggest triumph, if arrangements go ahead for further appearances this year.

Eric’s popularity stems not only from his singing, but also from his cheery nature, and a man of his experience has many a fine tale to tell.

He worked for five years as a casual labourer at Kempton Park Racecourse on race days, and recalls that erstwhile champion jockey, Scobie Breasley, was “a real gentleman.” “Mr. Breasley always called me Paddy,” says Eric.

Eric has been a sportsman himself, representing his regiment in athletics, and appearing for Gainsborough Trinity and Grantham in the Midland League.

But it is for his rich voice nurtured by music teacher Wilfred Waddington, of Swinton—that Eric has always been sought after.

He has given charity concerts recently, which included an appearance at Middlewood Hospital, and the occasional duet has featured a new partner, his wife, Margaret, who became Mrs. Scott just before Christmas.