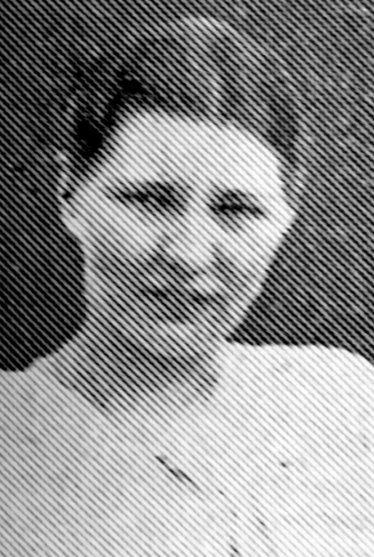 Mr Freda Dean, youngest daughter of Mr and Mrs W Dean, of Stainton Villas, Denaby Main, recently returned from a trip to Holland, which was made as a representative of the Municipal College Hull, where she is training as a teacher. Miss Dean was elected with another student for the trip, which was made under the auspices of the League of Nations Union to promote friendly relations between the youth of England and other countries.

Miss Dean sends us the following interesting notes on her trip: “It was with something of a thrill that 56 young English people first set foot on Dutch soil in the early hours of April 15. From that moment we were struck by the beauty, the freshness and the cleanliness of Holland. The extreme flatness (which after a time became a little monotonous), the careful and well-planned system of irrigation, and the impressive sight of a windmill against the sky, created an atmosphere that seems to say “this is Holland. Let it tell its own story.”

“I must give some brief account of the kind of things we experience. From the start we could not fail to notice the extreme friendliness of the people. Everywhere we were welcomed, first as English people, secondly, but by no means the least, as members of a peace movement. We had manifestations of this at Amsterdam, Haarlam, Leider, Delft, and The Hague, where he were conducted round the town and shown the chief places of interest. As members of the League of Nations Union we had many more privileges than we would ordinarily have had, and of these we took full advantage.”

“We found most of the things of educational value, for example, a visit to the only diamond cutting factory in Amsterdam. There we saw all the process of cutting and polishing diamonds, a unique experience for most of us. The bulb fields in Haarlem presented a beautiful site, such as I am not likely to forget for many a year. There were fields upon fields of colour, a blaze of glory; the most exquisite cheese one could imagine. It is impossible to try to describe it further. We had a very interesting visit to Alkmaar, where the cheese market is held, and to Delft, noted for its beautiful pottery. We paid a visit to Volendam and Narken, two of the very few places to keep the national costume. We found this very interesting and the costumes very beautiful, and we were privileged to take a closer look at the homes and families of the inhabitants. The most interesting of our visits was to the peace Palace of the permanent Court of International Justice at The Hague. There we found a most luxurious building, the interior of which is decorated by various gifts from the countries associated with the court. There is so much grandeur and dignity about this place that I feel my pen unworthiy to describe it further.

“While in Holland we had excellent opportunities of meeting young people. And this we found most profitable, as an exchange of ideas is never wasted time. At Amsterdam, Harlem and The Hague an opportunity of visiting their grammar schools was afforded us, and I must say that the planning and the architecture of them far exceeds any I have seen in England. Of this visit I would finally say, it has taught me many things, the greatest of which, perhaps as a more complete understanding of another people.”

Food Fit for royalty on this Icelandic Trip !

Food Fit for royalty on this Icelandic Trip !