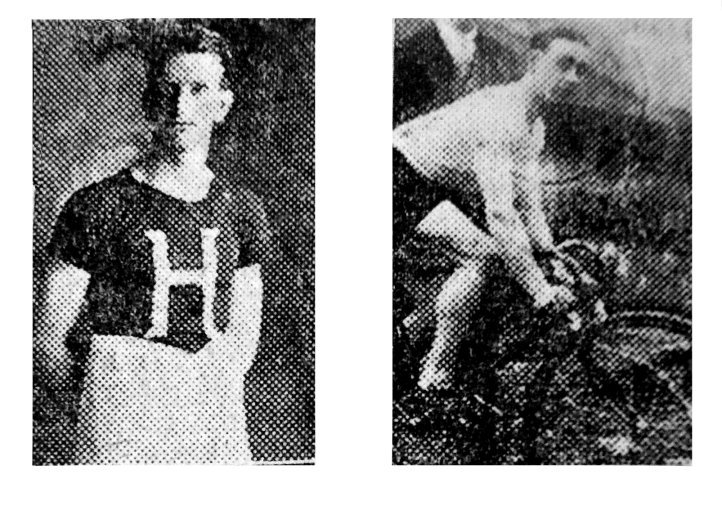 Harry Cranidge (left), of Conisbrough, a member of the Hallamshire Harriers, who won the half mile flat championship at the N.C.U. and N.C.A.A. Yorkshire championship meeting at Castleford last Saturday;

and S.Rufus (right) of Cadeby, a member of the Mexborough Cycling Club, who won the half mile cycle championship at the same meeting.

He Adds Glamour to the Ivanhoe

He Adds Glamour to the Ivanhoe