Walter Bennett (April 1874 – 6 April 1908) was a professional footballer who is best known for his time with Sheffield United, where he played as a forward. He also made two appearances for England in 1901. 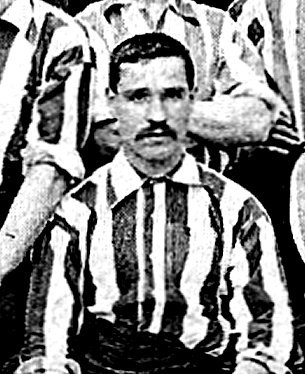 Born in Mexborough, during his time with the Blades he won the Division One championship in 1898 and two FA Cup winners medals in 1899 and 1902. He later went on to have a two-year spell at Bristol City before retiring from full-time football.

Nicknamed “Cocky”, Bennett started his career with his home town club of Mexborough, where his form prompted Sheffield United to try and sign him on a number of occasions although both he and his father held out for a better deal. He eventually signed for the Blades in 1896 for a transfer fee of £10. Initially supporters felt Bennett had a surly attitude and was not fit enough to play at the top level as he was a heavy, thick-set man. Dropping two stones following a fitness regime, however, he showed a good turn of speed and became a mainstay of the Blades side that dominated the game in that period.

Despite his success Bennett was placed on the transfer list in 1903 but persuaded United to give him a new contract and stayed with the South Yorkshire club until 1905, when he moved to Bristol City. Despite being past his prime, Bennett helped his new club to the Second Division championship in 1906 before retiring from full-time football.

Bennett was awarded two caps for England, playing against Wales and Scotland in the 1901 Home Championship. 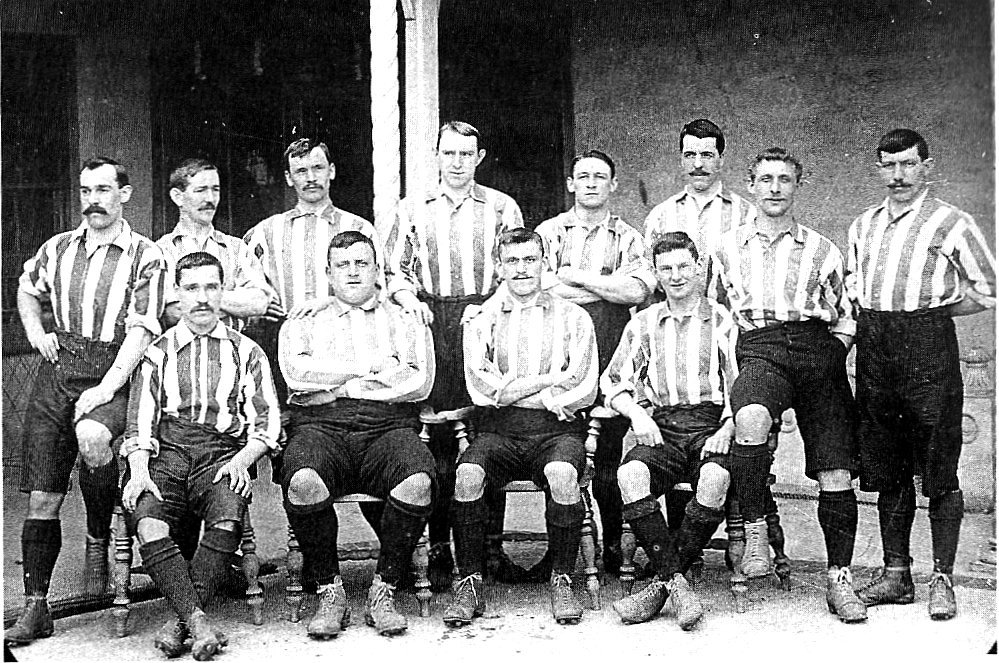 The 1901 Sheffield United losing Cup Final team; Bennett is seated on the left.

Bennett came from a footballing family: his brother William had played for The Wednesday and appeared in the 1890 FA Cup Final,[1] whilst another brother ‘Tip’ played for Barnsley.[2] After leaving Bristol City he moved to Denaby Main, where he took a job as a miner and played for the local amateur side. Bennett was killed in April 1908 following a roof fall at Denaby Main Colliery as he was making his way back to the surface after his shift, leaving a widow and four children.