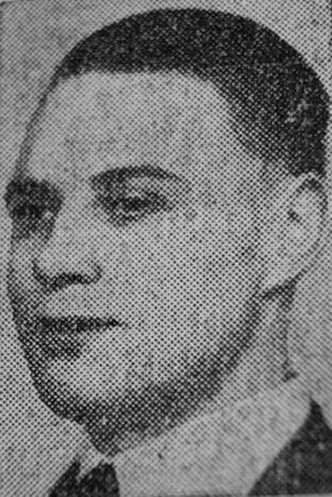 They are Lance-Corporal Herbert Watson, (picture) who has given 12 years service in the Royal Engineers. He was serving when war broke out, and at present is a physical training instructor. He was before enlistment employed underground at Denaby Colliery in the Deep Seam.

His brother, Artificer Maurice Watson has served 2 Â½ years in the Navy and was attached to H.M.S. Rodney. During last yearÂ´s cruise he visited Madeira. He was fortunate enough to get a leave at Christmas, and they were glad to see him at home.

The “Times” is sent to him every week, and he says he looks forward to its arrival very much. He also states that although his pals do not come from this locality, they too look forward to being able to peruse the columns of the “Times”.

Both sons are quite well, and are always pleased to read in the “Times” all the home news of the people and lads they knew