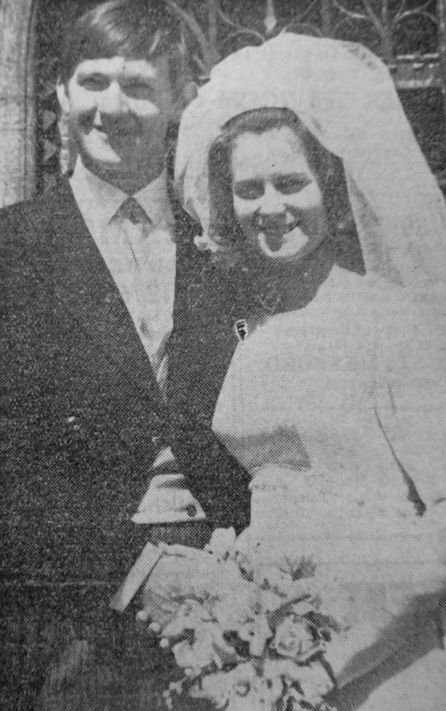 He attended Mexborough Grammar School until the fourth form when he went to H.M.S. Conway. After two years he joined the Merchant Navy with Port Line, for three years. Subsequently for two years, he undertook training at Shirecliffe College of Building after which he joined his father’s business. He is well known locally as a motor racing enthusiast.

The bride. Miss Margaret Ashurst, is the only daughter of Mrs. M. Ashurst, and of the late Mr. W. H. Ashurst, of 108. Sheffield Road, Conisbrough. Mr. Ashurst was also well known as a businessman.

Miss Ashurst also attended Mexborough Grammar School, where she was head girl for a year. After completing her ‘A; level examinations she went to Leeds College of Technology. She has just completed a course in dietetics and plans to work in this area after her wedding.