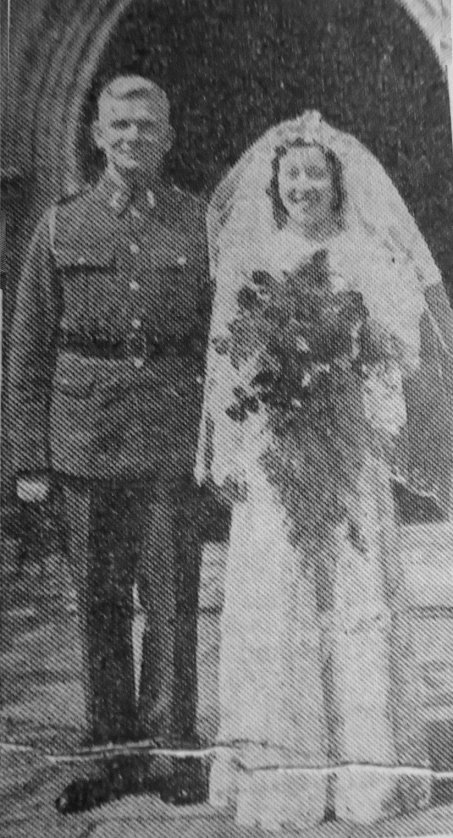 The bride has been in the W.A.A.F. for nearly a year, and her sister, Miriam, who was one of her bridesmaids, is a member of the A.T.S.

The bridegroom, who formerly worked at the Yorkshire Main Colliery, was called up on the outbreak of war.